This year was SXSW’s 30th Anniversary. My first visit was in 2011, SXSW’s 25th and that was big and brash. This year’s festival felt more low key than the 25th. This is an odd thing to say when the keynote was given by President Obama. But I felt there was less of a buzz than previous years, especially during music week.

Although I mainly attend for the music, I do go to the occasional Interactive and watch a few of the films and documentaries. As far as interactive is concerned, Obama was the big draw. Attendance was through a ballot. I did think twice about putting in for the draw as I knew it would mean losing most of Friday. But it was a chance to hear the President of the United States, one who I have massive respect for. Living in the UK, that’s not something I expected to experience. So I entered the draw and was very lucky to win a ticket.

As expected, it did mean giving up Friday. This isn’t necessarily a bad thing. I wasn’t planning on attending many interactive sessions and Film doesn’t start until the evening on the first day. But it did mean queuing for a few hours. The talk wasn’t held at the Convention Centre but at the Dell Hall at The Long Centre. This was obviously to allow the Secret Service to control security. If I’d know the layout, I probably wouldn’t have started queuing so early. Even though I wasn’t too far from the front, my ticket was for upstairs and I was quite a distance away from the President and the difference in distance between myself and somebody who arrived two hours later was only a few metres. 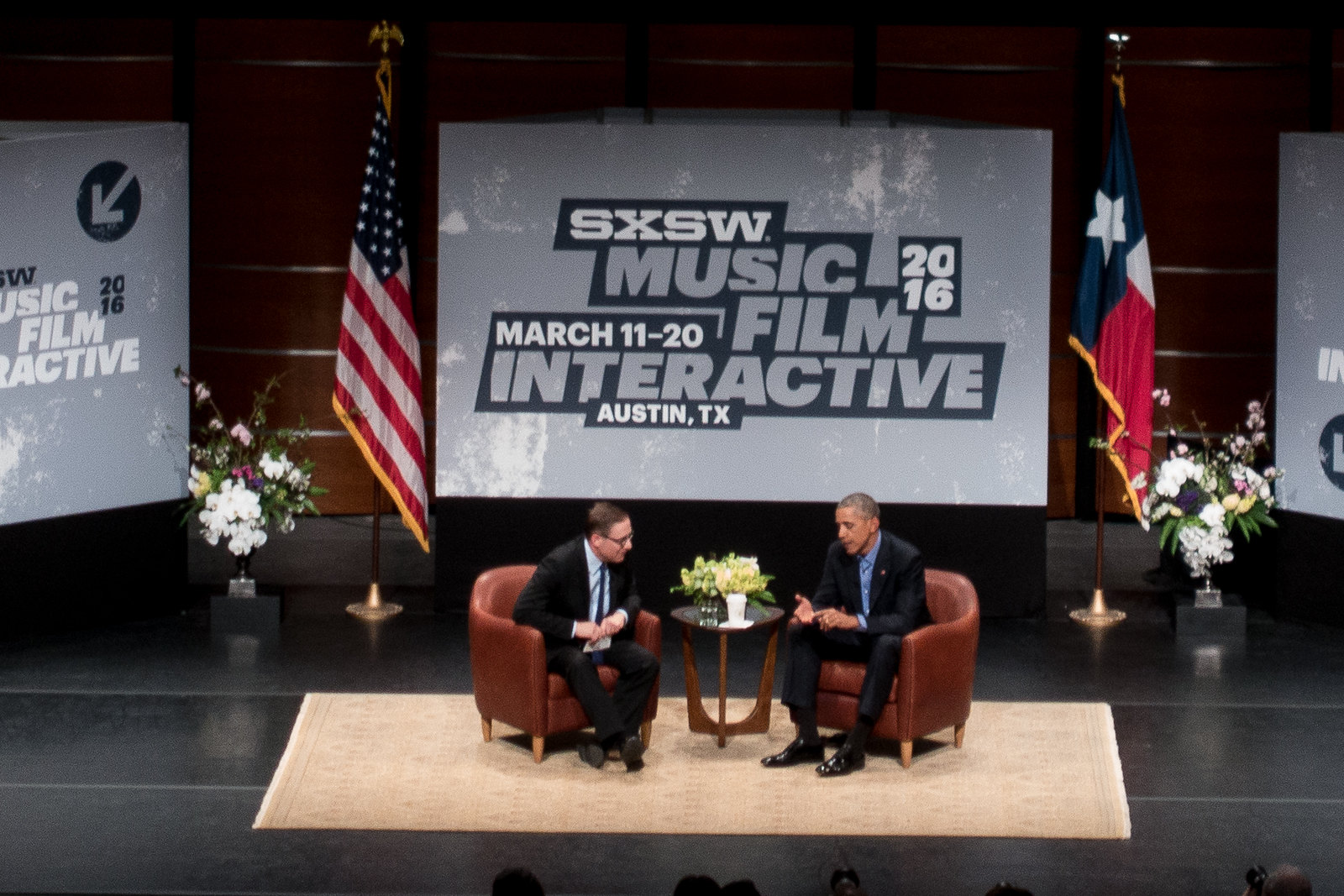 As expected Obama was very engaging. Watching US politics from the outside and having a political persuasion that’s left of US mainstream politics, I’ve watched with despair as Obama’s struggled to create a more caring USA but become ever tied up by Congress. It was clear he’s been frustrated. He almost sounded like he’d decided he could do more after he leaves his presidency. Odd that the most powerful man in the world, has little power to change his own country.

Overall, I found him a very impressive speaker who clearly cares about the plight of those less fortunate. I’m really pleased I took the decision to apply. What else could have equalled the President? 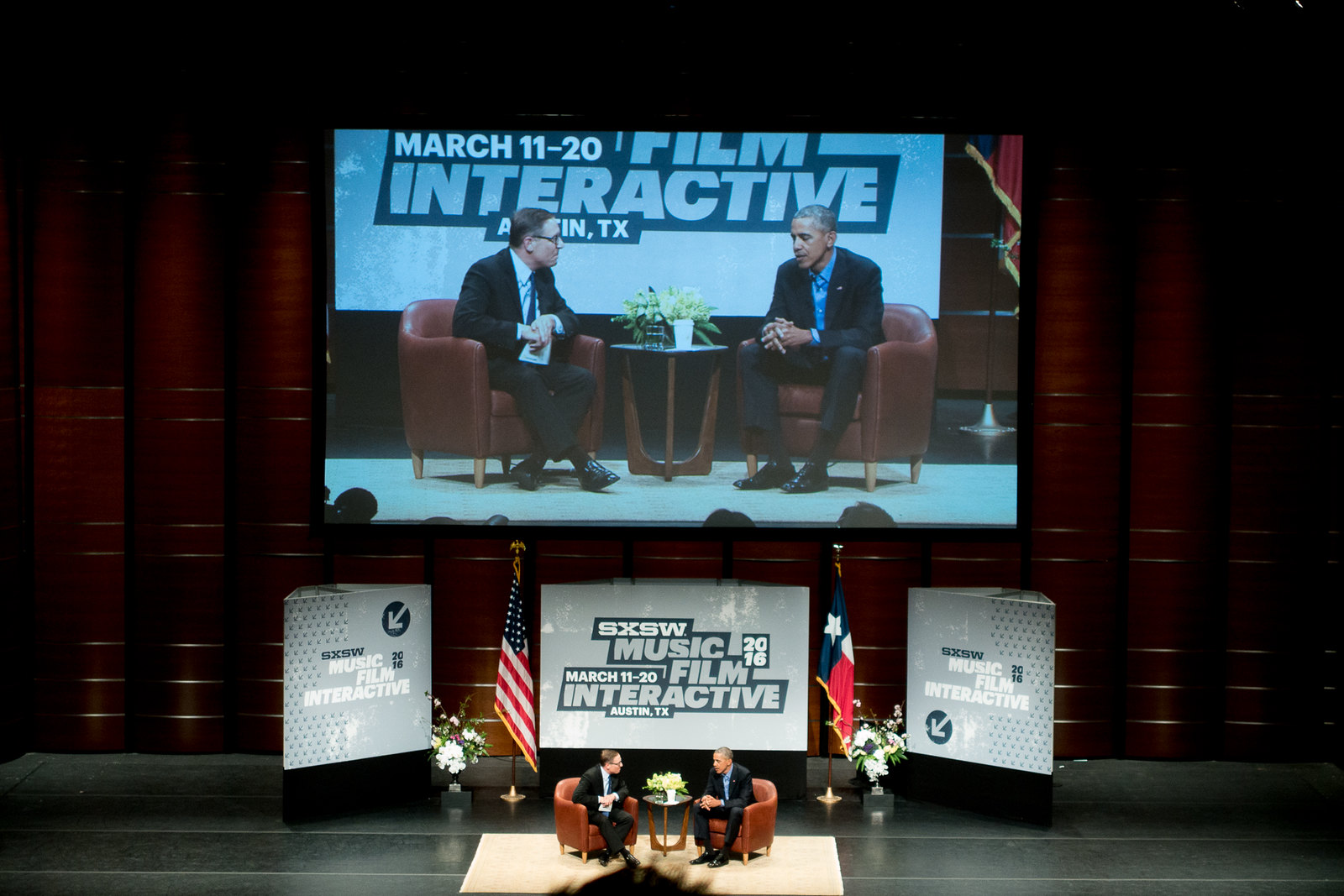 Although I didn’t really go to many talks. I love the way Interactive has morphed into a much more diverse conference and the NASA talks interested me. Unfortunately, I only managed to get to a talk about the James Web telescope. It’s an exciting project and it was great hearing my from people who clear care about the project.

Another talk I attended was on the science of film colour. It was a really interesting and well put together talk that explored the psychology of colour. The talk mixed science and art with the Mill studio and a Neuroscientist exploring how colour changes our emotional connection to film. Being a film company, the presentation’s visuals were amazing. If lecturers at my Uni presented with even a ounce of the flare these guys did, we’d never have any complaints. 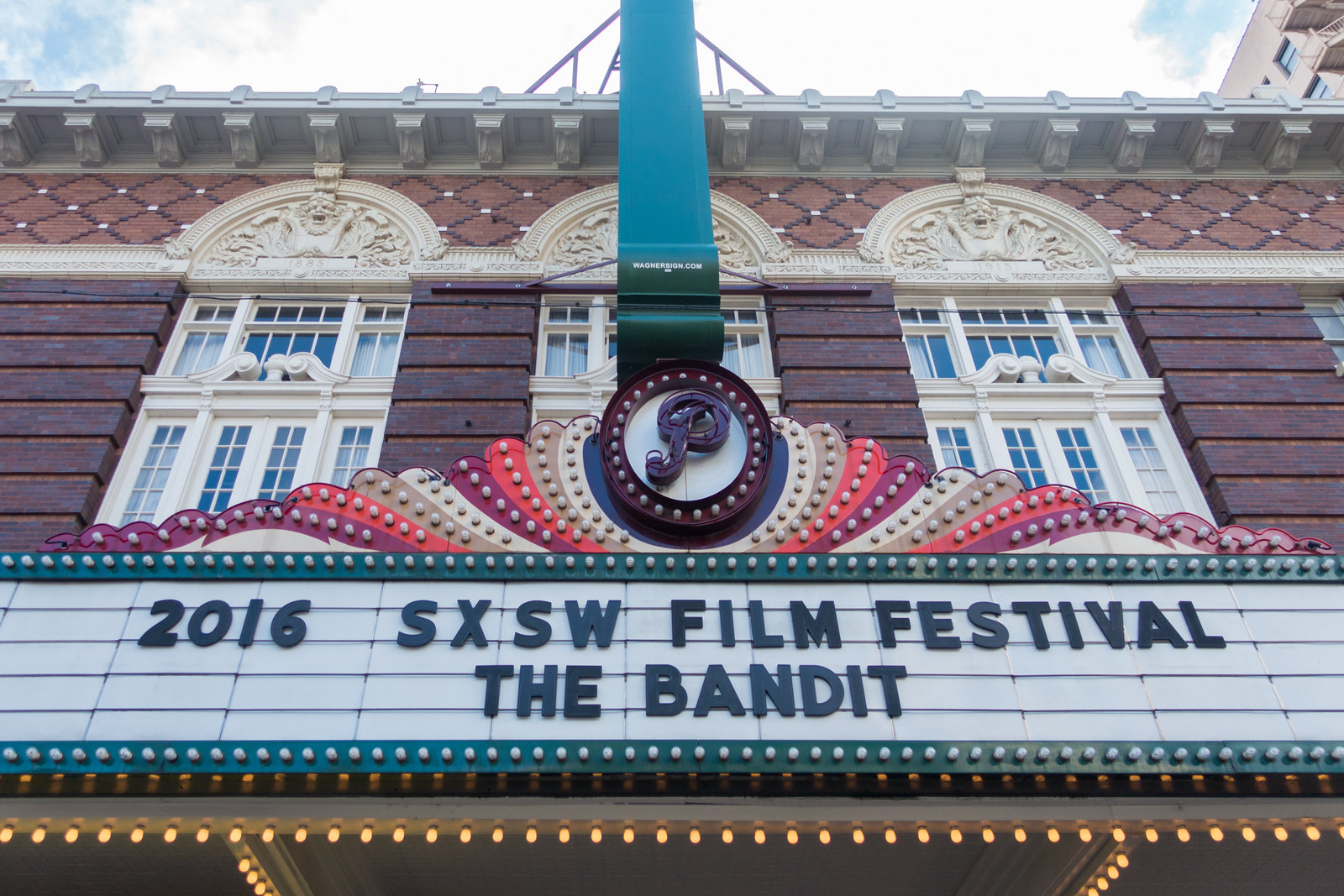 Most of my time outside of music was spent trying to catch films. Unfortunately, Film started off slowly.  I’d hoped to see the opening evening’s Premier. But I had to call into my hotel after Obama and by the time I reached the Paramount theatre, the queue was long. It had also started to raining. But as the person managing the end of the queue still had queue cards, I joined the queue. As it turned out, I didn’t get in. Queue management is something that usually improves over the week. So I wasn’t overly surprised or too disappointed as White Denim were playing a CapitalOne party. One issue I noticed at the SXSW was that a significant proportion of some theatres were being given over to the film company. I can understand this, but a balance needs to be struck. My card was about 700 and the Paramount holds 1200 and there was at least 100 in front of me who also didn’t get in. So the balance was probably wrong for this film.

Things picked up over the next few days and I did manage to fit quite a few films and documentaries before the SXSW music started.

An interesting little film about a novice nun who returns home after her brother returns home injured from Iraq. She’d been avoiding her family and the film follows her as she rebuilds relationships and ultimately questions her reasons for becoming a nun. 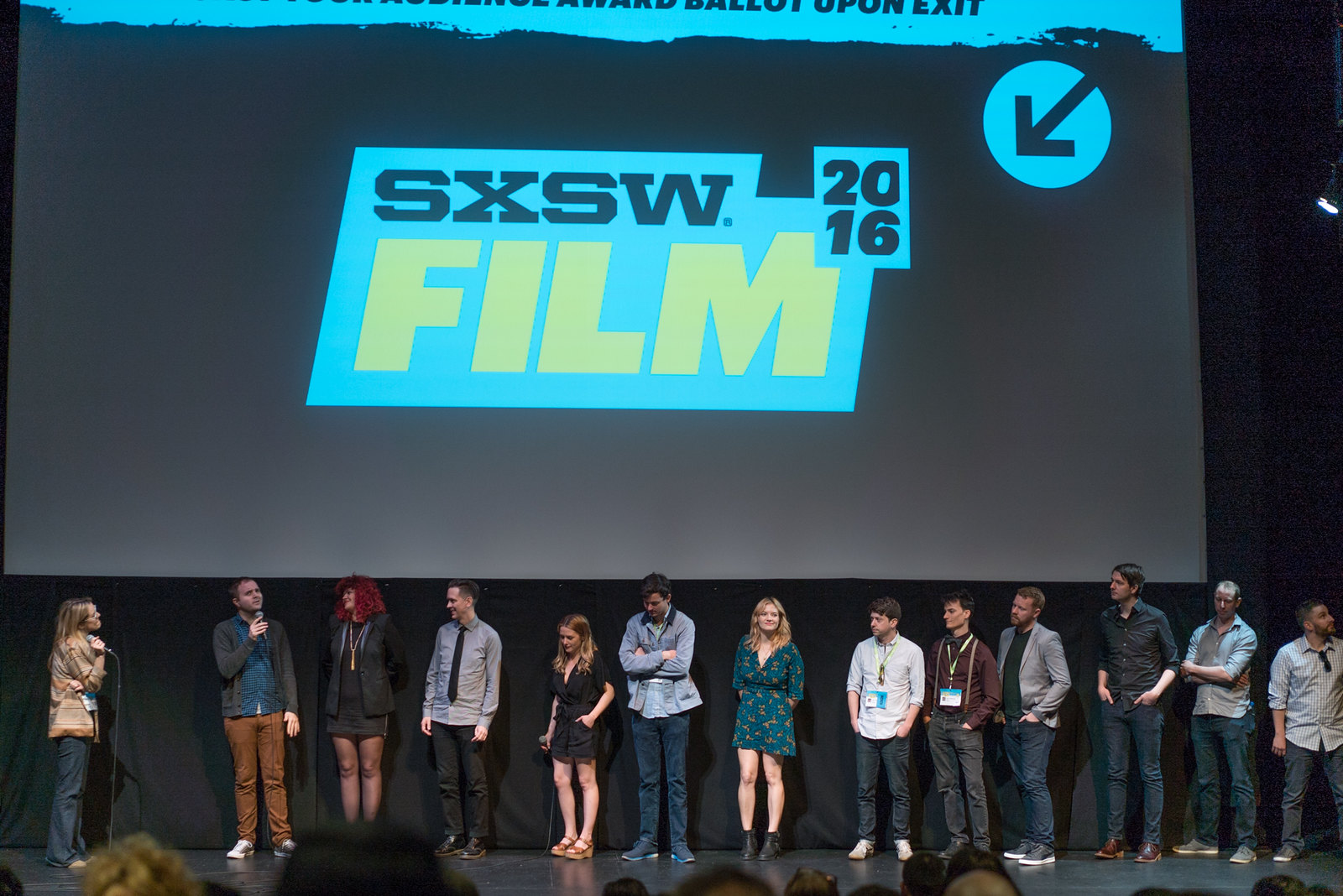 Hunt for the Wilderpeople

A charming little New Zealand comedy about a couple who adopt a problem child. As a New Zealand film not involving Hobbits, it obviously therefore stars Sam Neil, who in this film plays a grumpy farmer who doesn’t really want to adopt. I have to admit I laughed more during this film than I have done for any big name Hollywood comedies for many years.

This was one of the big Premiers and one of the films I was looking forward to. It starts in the aftermath of a kidnapping of a young boy from a religious compound. But all is not what it seems as both the religious sect and the FBI are after the boy because there’s something different about him.  I’ll not say more for risk of spoiling it. It’s an interesting film but one that for me didn’t pay off. 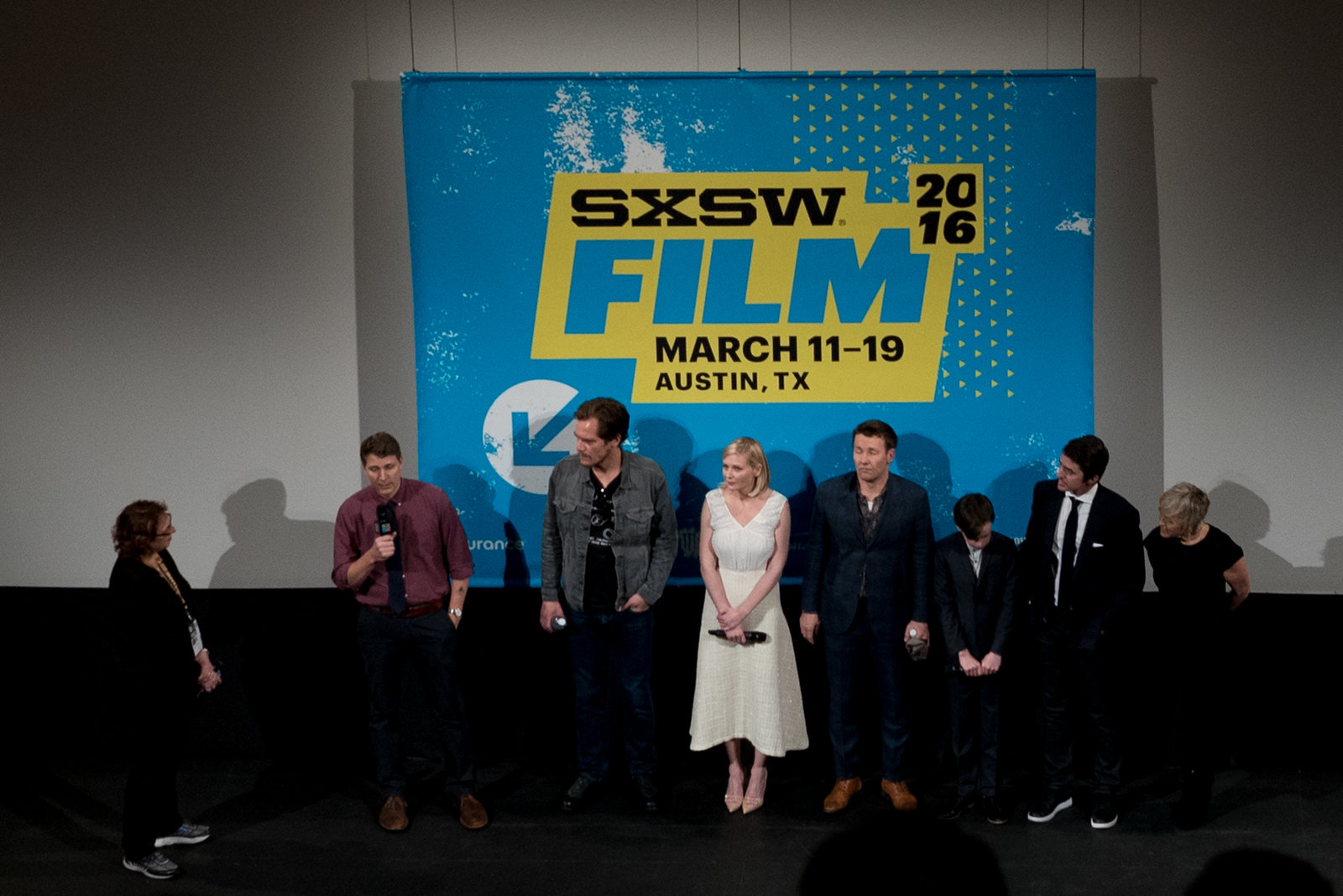 It has the feeling of a Speilberg film from the late 70s, early 80s. It doesn’t explain much. Which is a good thing. Many modern sci-fi either over explain or just ignore the story. Here the story is always interesting but never rushes ahead of itself. This is usually the type of sci-fi I like. Unfortunately the film lost itself in the final third. The ‘sci’ didn’t fit the fictional world they had built up. This is something many directors new to sci-fi forget. You can be as ridiculous as you want if it fits the internal logic of the film. If you create a realistic world, which this does. Then the ‘science’ has to fit in with our understanding of the Universe. You can’t completely step outside our current scientific understanding to create a complete fantasy ending. The ending of this film breaks the internal logic and sadly wasn’t helped by some bargain basement special effects. But I feel I need to see the film again. I might be being unfair. Up until the last 10 minutes, the film had kept me interested.

Interesting documentary about a group of hippy drug dealers called the Brotherhood of Eternal Love. They had were a group of white middle class Americans who’d discovered LSD and wanted everyone to experience the drug. To fund the production of the drug. They developed an international drug ring selling marijuana.

Although interesting and well put together, the documentary was very much in the Brotherhood’s camp. It portrayed the group in a largely uncritical fashion the extraordinary story of how the group came to be. But for me, it felt like half a story. I wanted to know more about the true implications. Some of the people this group apparently were happy to do business with (knowingly or not) were not nice peace loving hippies and there was no exploration of the long term effect of their LSD on it’s users.

A really lovely documentary about Gary Newman that documents the development of his latest album, his move to the USA, his relationship with his family and his own struggle with depression. It’s a brilliant and funny documentary largely due to the humour of Gary and his wife.

Weird little indie film featuring one of the stars of the Big Bang Theory about a guy who’s split up with his girlfriend and feels their life is heading nowhere. After seeing an advert offering a chance to change his life. He heads off to a retreat to renew himself. I’m not sure if it was meant to be a horror or comedy. But for me it missed the mark. 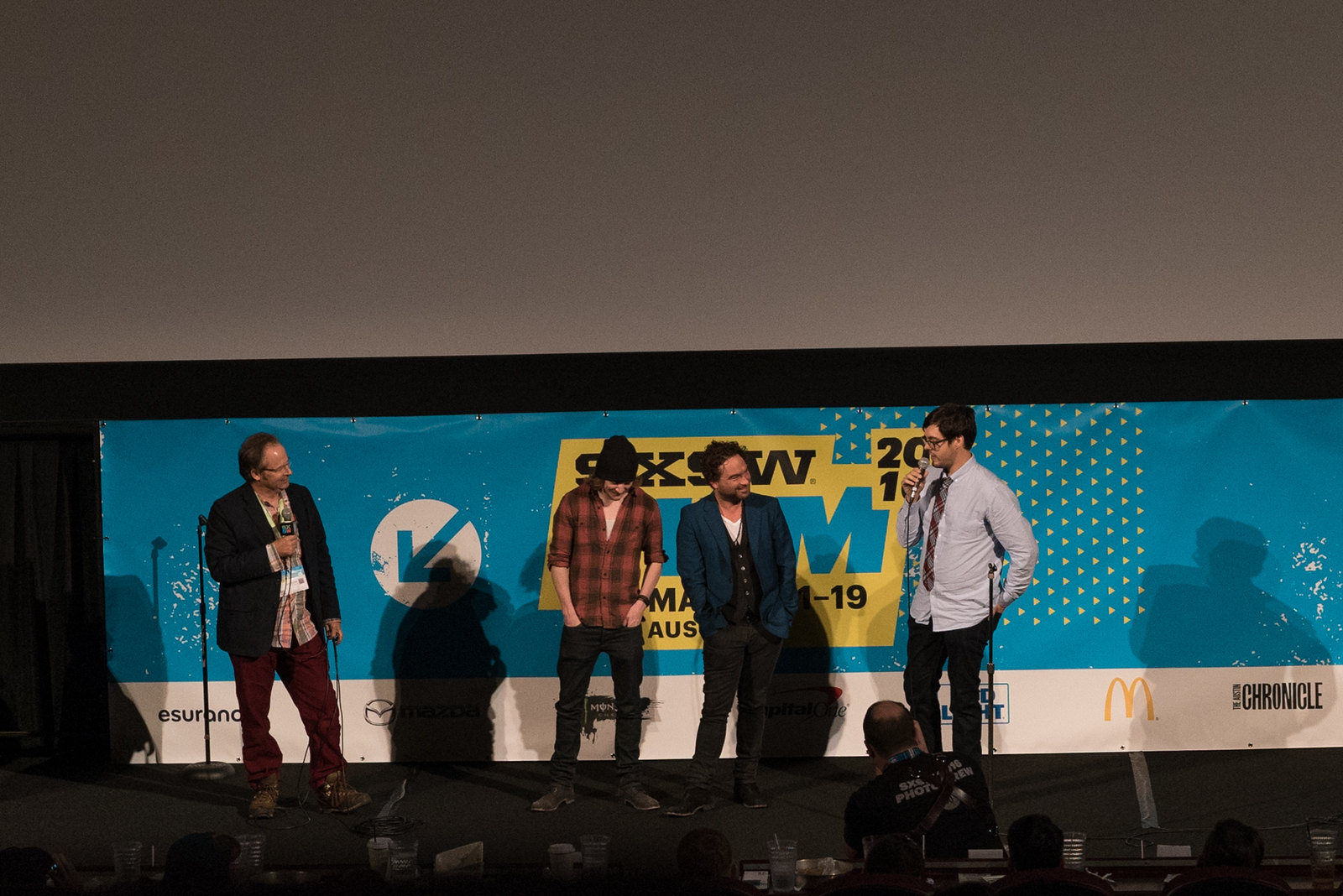 This was one episode from a new documentary series that explores the early American recording industry. The series documents the  early X-Factor-like recording sessions that took place in the 1930s using rudimentary ‘portable’ recording machines around the USA. As part of the series, a machine is rebuilt. This episode closes the series and features 20 different artists each recording a song on this old machine. Obviously Jack White and T-Bone Burnett are involved. But it also features artists like Elton John and Willie Nelson and a funny sequence as Beck and a choir really struggle to work out how to physically arrange themselves so not to overpower these early microphones. It’s possibly overly long. But I look forward to watching the whole series when it’s finally appears on BBC4 later in the year.

In pursuit of silence

A film about being silent – or rather how difficult in the modern world it is to find silence. It documents peoples efforts to find their own silence and what we mean by silence in the hectic modern world.

Once music week started. It became difficult to catch films. Unfortunately, there were quite a few films I wanted to catch that clashed with music. So I’m not sure I made the best use of my film badge. But what I saw in the main enjoyed.

Previous articleCosmonauts at the Science Museum

Next article End of an era