The unibody design gives is the laptop a solid feeling. The HD screen is bright and although this isn’t the first laptop that I’ve owned with a glossy screen, they are an acquired taste, so it’s worth checking out in store if you’re uncertain whether to pay extra for the matt screen.

The new touch pad takes a little bit of adjusting. I’m finding the extra multi-touch gestures a little bit annoying (I keep zooming instead of scrolling).

This laptop is much quieter and quicker than my 15” model. I hadn’t been sure about switching to the larger laptop. Previous 17” models were ‘big’ but this one though doesn’t feel much larger than my 15” and the extra screen real-estate is most welcome. I suspect it’s the rounded edges helps hide the ‘bulk’

My main reason for switching to the 17” was the larger battery. Apple claim it has an 8 hour battery life. Today, I’ve spent about 5 hours on various trains travelling to see Middlesbrough unexpectedly beat Liverpool. After five hours of using the battery is still reporting 35% charge and nearly 3 hours of life left. I haven’t been pushing it too hard and the screen’s brightness is switched down, but I’ve done a little bit of Domino development running in Fusion, replicating to the servers and testing via the trains’ (ropy) wireless. I’ve done some light word processing, answered some emails, general web browsing and downloaded and listened to a podcast, and written these blog entries.

I know Apple aren’t renowned for accurately quoting real-world battery life but it looks like I might get around 6-7 hours out of mine so I’m really pleased with this result. I usually use a EEE PC 901 on the trip but find I’m limited to very light work. This now gives me another option. 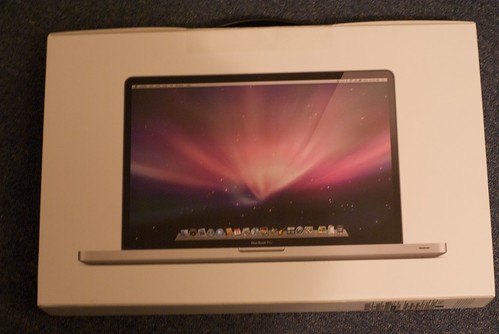 Apple’s packaging keeps getting smaller and smaller. This isn’t much bigger than the laptop 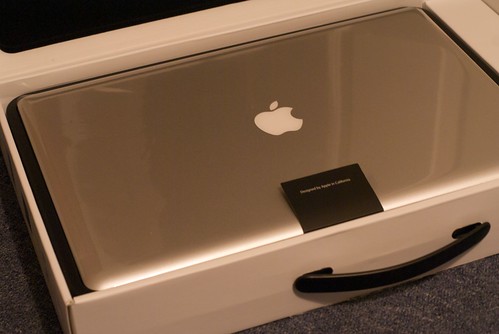 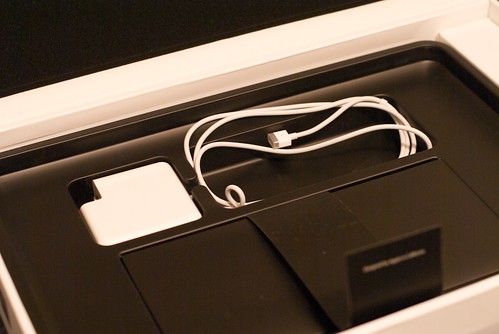 There really isn’t much to this new ‘green’ packaging 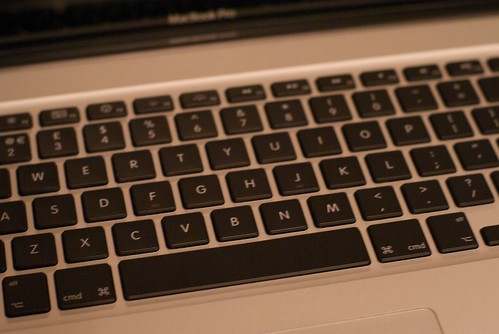 New keyboard is based on the MacBook. If you’ve used a Macbook or one of Apple’s aluminium Mac Pro keyboards, then it’s basically the same. It’s nice to use, but the last gen’s silver keys are better. (Still the best keyboard on any laptop I’ve used) 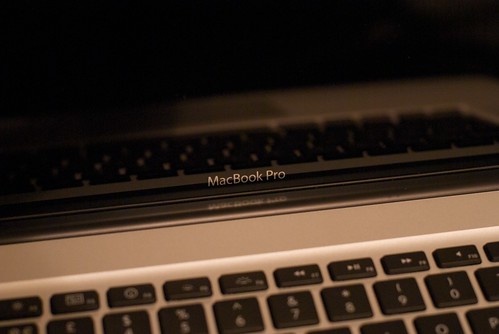 The glossy screen – test drive one instore. Apple offer a matte version of the 17″ for an extra £30 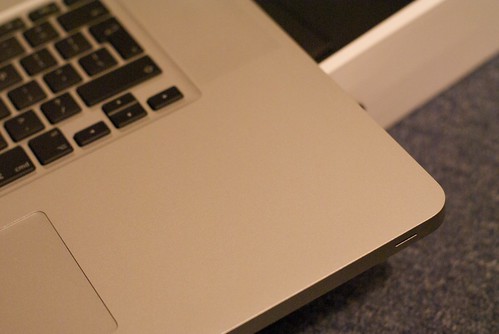 Next article Save conflicts and Document Locking

Nice review Paul. Unfortunately I’ll have to wait until next year to replace mine.

But perfect timing for the quad core MacBook’s.

Surely you have missed out the most important aspect of any Mac review, Paul. How smug does it make you feel? ;-) Based on their current advert, that seems to be the entire reason behind buying a Mac!

That was the one thing that really p*ssed me off when I bought my own 15 inch Macbook Pro in early 2007. And I only found a way around the problem LAST WEEK!