I grew up in Middlesbrough, a small town in the North East of England. It’s one of those ‘salt of the earth’ towns. To outsiders it doesn’t appear to have much going for it. But in general the people are brilliant and they have a pride in the area that you don’t find in many of the more affluent areas of the UK. 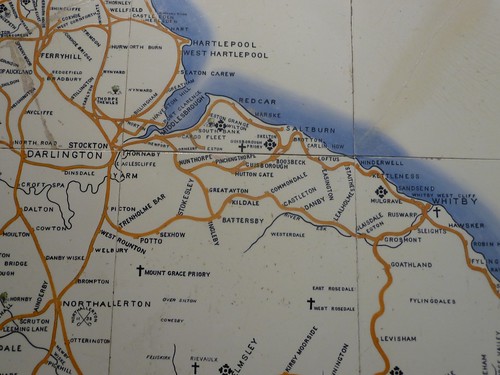 Like many industrial parts of the UK, it’s been in decline since the 60s, as successive governments have stood by and watch it’s industries die. Teesside was built on steel, shipbuilding, and petrochemicals, and had a rich industrial heritage for example steel from Teesside has been used in construction throughout the world. (Sydney Harbour Bridge is built with Teesside steel and even the new Wembley Arch is Teesside steel). 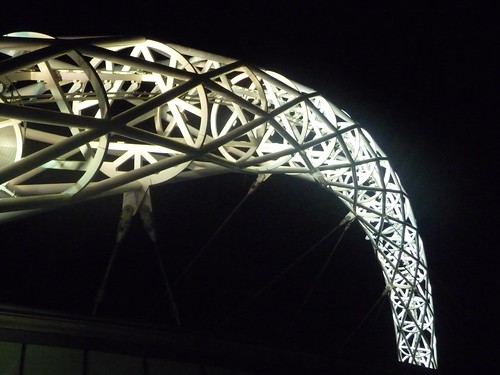 Today a critical blow has been struck against the area. Corus ‘mothballed’ their steel plant at Redcar ending 150 years of Teesside steel production. Closing a plant that until a bunch of useless bankers caused a world recession, was profitable making high quality specialist steel, but now is yet another one of their victims.

Many on Teesside rightly feel that they should be bailed out. They didn’t cause the recession and unlike the banks, used to make real money for the country. Also Teesside, unlike the South of England, did not experience many of the benefits of the ‘boom’ times of the last 30 years. The only new businesses on Teesside have been shops and call centres. So while the government is happy to bail out those that created the problem, 1700 honest hardworking Teessiders now face a bleak New Year. This cannot be right.

I grew up in the US on the New Jersey side of Philadelphia and still live here. The way you describe Teesside, well, in and around Philly is the same way. The people are great, hard working people. I’m proud to be one of them.

But industry … the steel mills, shipyards, and manufacturing are all gone. We still have chemical plants of all types because the environmental laws won’t let you build new ones anywhere else.

Philadelphia, Pittsburgh, (our) Cleveland, Detroit and all the towns in between have been rusting since the late 70’s. There have been some revitalization efforts in the really dilapidated areas but, inevitably, the politicians are corrupt and indicted for one type of fraud or another. That in turn throws all of the efforts out the window and nothing gets done.

It’s a damn shame when you see an area you love dying. You wonder what the hell happened to it all. More importantly, how do we bring it back and in what form?

For 400+ years, the UK & US have been in it all together. Sure, like any family, we’ve had our dust-ups over the years but we got through it. Today is no different. We’ll figure it out … of that I am sure.

As a resident of Sydney, I regularly cross the Sydney Harbour Bridge, so I thank Teeside Steel for making such a wonderful product.

I agree with you about the unfairness of Government bailouts of the Financial Industry and for Governments ignoring that other industries that are failing due to excessive greed and the governments regulatory failures of the Finance industry.