For a number of years the resolution and dimensions of our monitors have been increasing. This has been a godsend to many, especially the development community, affording us the space for our ever bloating development tools. But as the resolutions increased, we’ve found that many of our users, (a uni) struggle to take advantage of these resolutions due to their failing eyesight. They understandably continue to use resolutions that displays text at a comfortable size. So we still see resolutions of 800 x 600 on a 17″ monitor, or 1024 x 768 on larger monitors. Instead of crisp native text they get text ‘blurry’ anti-aliased text on their lovely new LCD monitors

With the arrival of the iPhone 4, with it’s hyped ‘retina display’ I think we may finally have seen the end to the resolution race and the start of the pixel density race. I’ve been waiting for many years for this shift to happen and today I managed to get hold of what I personally believe is a product that demonstrated the future of screen technology, the iPhone 4.

The new screen on the iPhone is absolutely gorgeous. It’s simply the most stunning screen I’ve every used. (and I have a Apple cinema monitor at work). Below are some comparison photos taken of my iPhone 3G and iPhone 4 screens. 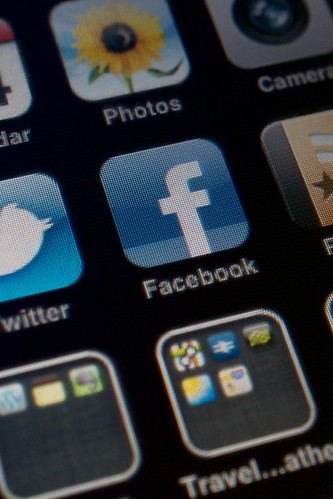 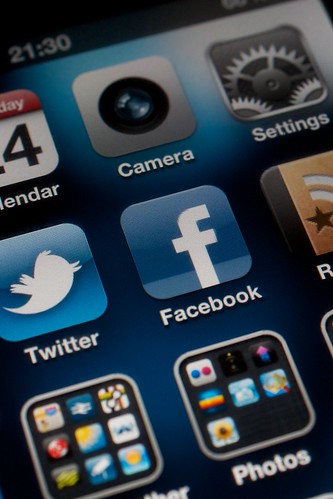 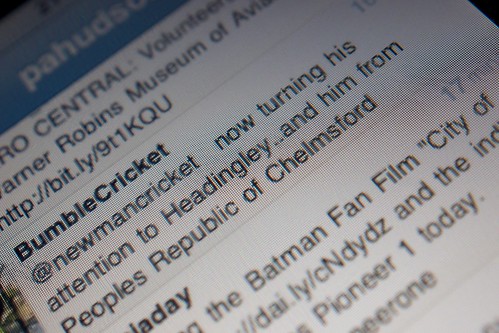 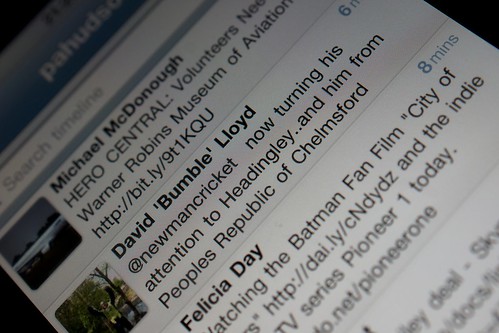 I’ve not labelled the images because the difference between the two screens is obvious.

The new screen is amazing. Text in email is almost book resolution with the subtleties of the typeface design clear to see.

Several operating systems now have some level of support for resolution independent rendering. Hopefully Apple’s approach to increasing screen resolution finds it’s way into the monitors we use. So that for non developers the extra resolution doesn’t make text smaller, but makes text clearer and so improves the accessibility of the applications we develop. When you factor in the role of tablets such as the iPad and touch interfaces in general, and as these form factors start to become more standardised, will our thinking as ‘web developers’ switch from pixels and screen resolutions, back to the physicality of the content and measurements such as mm’s, dpi, point sizes?

One example I’ve seen recently, were resolution independence would help,  is a new student system that’s currently being implemented. The admin side is built with Oracle forms. The developer built these forms for one resolution. But many staff have monitor resolutions much higher than the forms were designed for. So instead of the forms filling their screen, the text gets smaller and the grey space, bigger. On a resolution independent screen, the form would be exactly the size the developer has specified.

So for me this is an interesting move by Apple and one I feel’s long overdue and it could lead to some interesting changes to the way we create content.

Addendum: My initial impressions of the new iPhone. 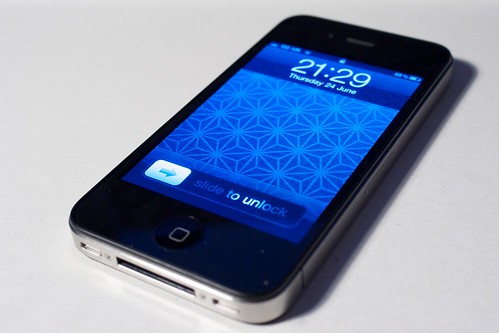 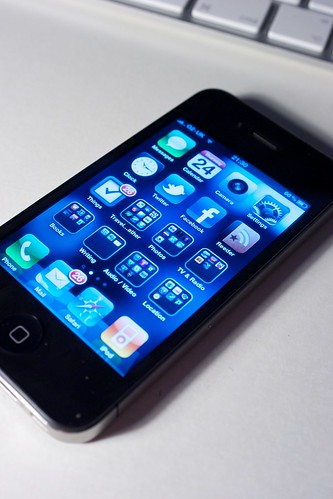 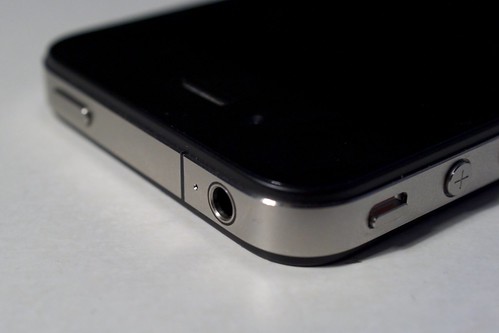 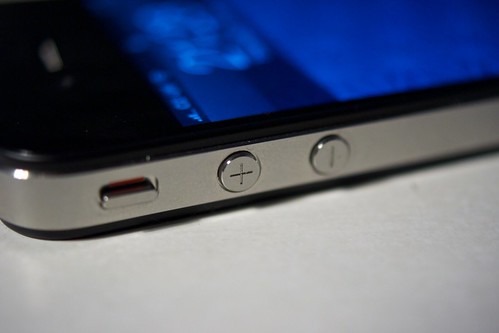 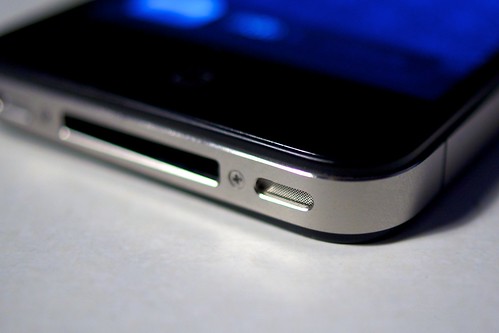