My first personal Mac was a 12″ Powerbook. It was purchased for testing purposes but it quickly became my computer of choice for the majority of work. The only reason for keeping a PC was my requirement for Domino Designer. I loved the 12″ form factor. The size was perfect for travelling and it had a full size keyboard. The new MacBook Air is it’s natural successor

I’ve purchased the base 128GB 11″ model. I did consider the 4GB version or the 13″ model, but I’m buying this purely as a travel companion (along with an iPad) and it’s not meant to be a replacement for my 17″ MacBook Pro. After playing with one in an AppleStore it seemed far more responsive than my current travel computer, a Window 7 based Samsung netbook. It didn’t feel like I was compromising like it usually does when I use my netbook, it did feel like a laptop. I managed to play with a few applications in store. Powerpoint (Office 2011) and Keynote, worked with out any issues and didn’t feel slow. Editing photos in iPhone didn’t appear to cause the base model any issues and the most surprising thing, it was even responsive editing small video clips in iMovie. So as a travel companion, it should be fine. The only thing I couldn’t test, was Domino Designer running from a Window bootcamp partition. So hopefully this will be at least as quick as my netbook for those times when I need to fix something back at work. 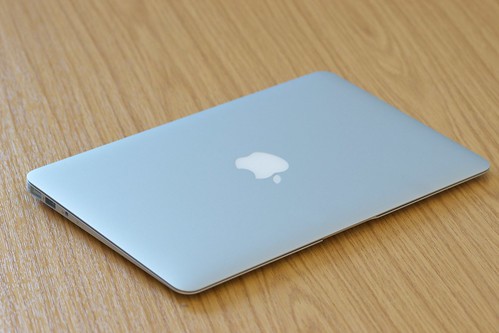 As you would expect from Apple. It looks and feels amazing. The aluminium uni-body design exudes quality and class. It feels strong and I’ll have no issue throwing this into a bag.

This thing is amazingly thin. In fact, it’s not much thicker than an iPhone. 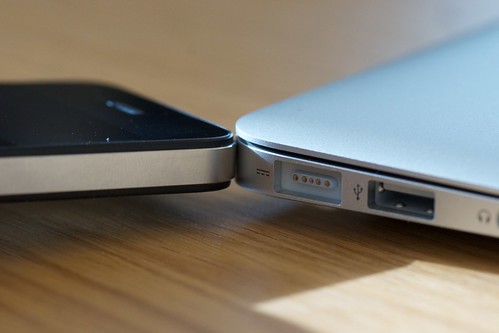 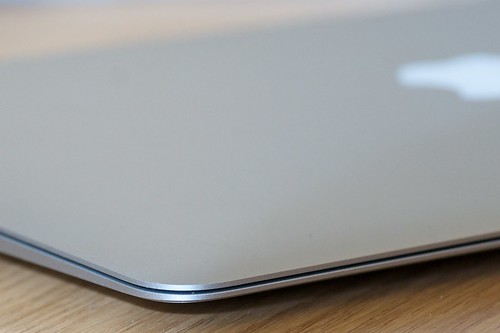 But despite it’s size, it manages to pack a full size keyboard, two usb ports, and display port, a full track pad and an iSight/Facetime camera. 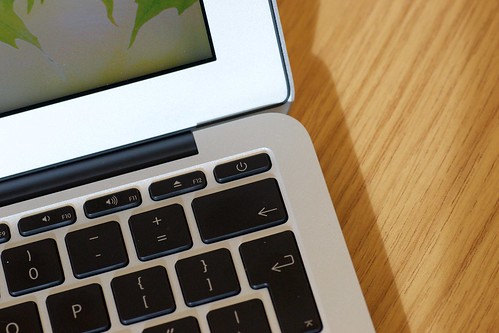 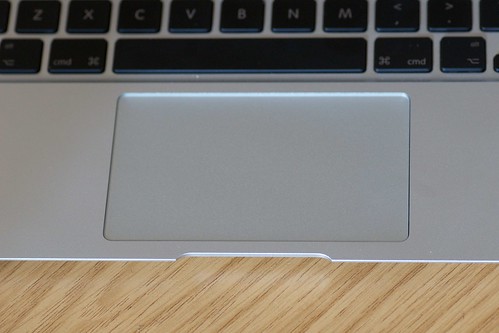 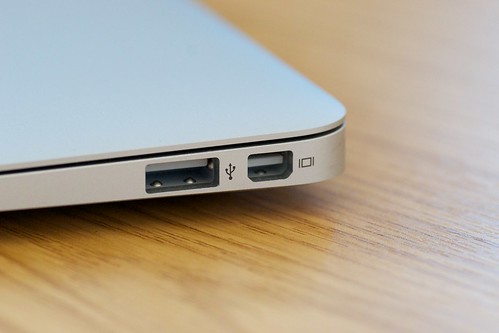 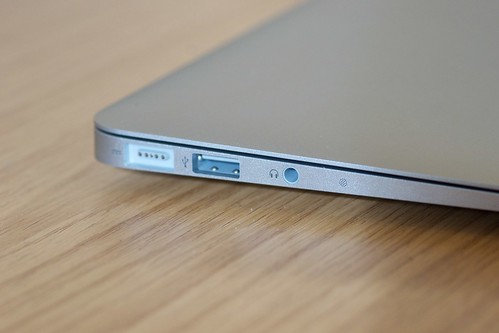 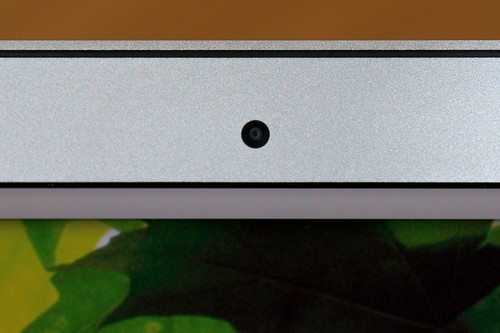 It doesn’t include a SD slot, but this isn’t a negative for me, since my SLR uses Compact flash. But I know for many, this is a negative for a product this expensive.

So far I’ve only used it for light use and it’s been very responsive. I’ve yet to install Aperture and I need to create a small Windows partition for Domino Designer. But I’m very happy with it. The only issue I’ve experienced so far is a problem connecting the Air to my ‘N-spec’ network at home and I’ve had to switch it back to ‘g’. But I guess this will be fixed with improved drivers. 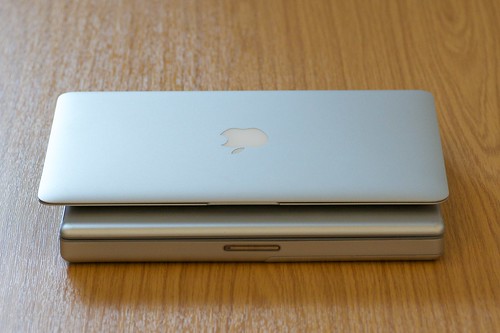 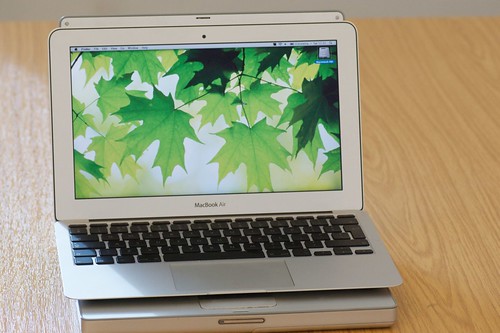 The size is similar to 12″ Powerbook 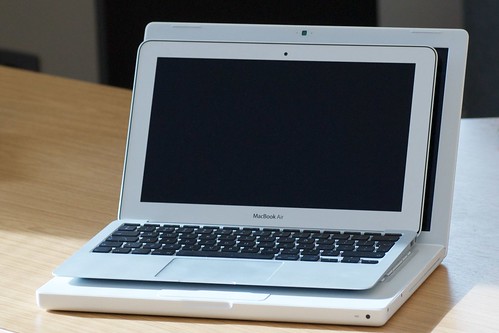 Compared to a 13″ MacBook 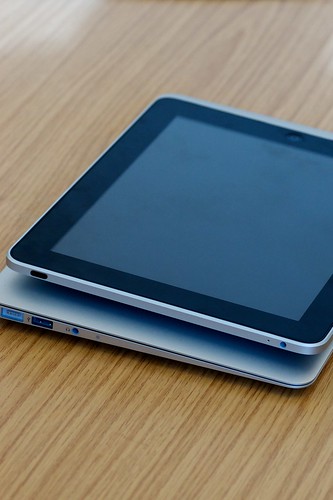 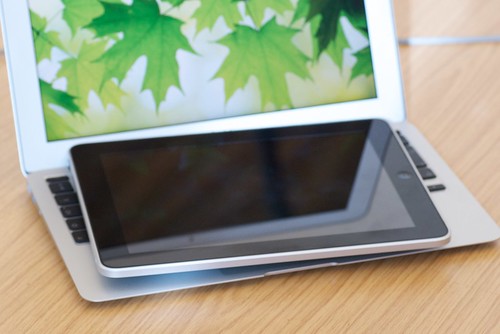 Compared to an iPad

I’ve now managed to install Windows 7 in a small partition, although it wasn’t as straight forward as it normally is due to issues with the bootcamp trackpad driver which I had to disable, update Windows and then reinstall the bootcamp drivers. From early testing, the performance is reasonable and significantly better than my Netbook.

Previous articleHow do you deal with hacks?Next article Muting the Mac 'bong'