Like many, I have found that I really enjoy digital photography and over the last five or six years developed from using ‘point and shoot’ camera to ‘using’ SLRs. My current SLR is a Sony A700 accompanied by an ever expanding and ever improving range of lenses. (28mm f/2.8, 30mm f/2.8 macro, 50mm f/1.4, 70-300G, 28-300, 90mm macro). But there are times when an SLR isn’t convenient, or in the case of gigs, allowed. So it’s useful having a more pocketable camera and for this reason I also use a Panasonic TZ5.

Next year I’m going to SXSW for the first time and plan on taking most of my camera kit with me. But I’m not sure I want to drag a camera bag around all day and I’m not sure what the policy will be on using SLRs at some of SXSWs venues. I’ve used my Tz5 at numerous gigs and I’m well aware of it’s limitations. The most obvious limitation is it’s poor ISO performance in low light conditions. With many of SXSWs venues being small and probably poorly lit, I was on the look out for a camera with better ISO performance.

I’ve only once managed to use my A700 at a gig. This was at a very relaxed and friendly mini festival organised by British Sea Power. This was at the Tan Hill Inn (the highest pub in the UK) which has converted a barn into a music venue and like all small venues, the lighting isn’t too strong. The difference in performance of my A700 (with a f/1.4 50mm) compared to my trusty old TZ5 was amazing. The ability to control more settings and the option to increase ISO without a significant decrease in quality produce some really sharp photographs. 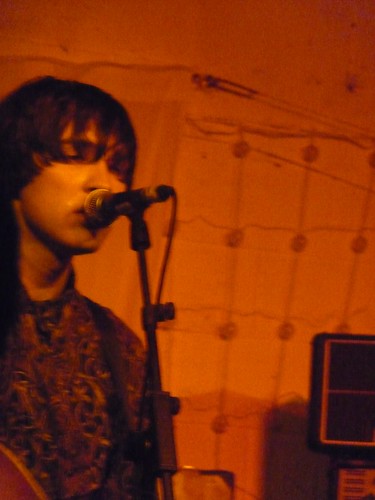 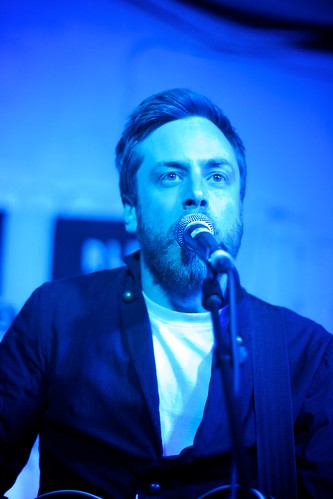 During the summer, Sony released their answer to the new crop of ‘four thirds’ cameras, the NEX3 and NEX5. These cameras share much of same technology as an SLR but do not use the traditional mirror to bounce light up to an eye piece. Instead, just like a compact camera, you operate the camera via a screen. The advantage of Sony’s NEX system is that Sony has managed to fit an APS-C size sensor into the NEX body, instead of the much smaller sensors used on ‘four thirds’ cameras. In other words, the sensor in the NEX5 is a similar size to the sensor in my A700 and equally as sensitive allowing better performance in low light conditions (actually better than my A700!)

I had debated whether or not to buy an NEX, to stick to a ‘super zoom’ such as the newer Panasonic TZ10, or to look at a very pocketable camera such as Canon’s excellent S95. But with Sony offering VAT cash back on both NEX models during December. The expensive NEX5 was now only slightly more expensive than the S95 and it seemed too good an opportunity to miss. So I ordered the NEX5 with the new Sony E mount 16mm wide and 18-55mm kit lenses.

I’ve now been using the NEX5 for little over a week and it’s been an interesting experience.

The first thing you notice about the NEX5 is that it’s small, yet large. Sitting next to my A700, the body of the NEX5 is tiny. Even with the 55mm lens attached, it’s not much deeper than the A700’s body. Sitting next to my TZ5, it is significantly bigger. While it’s debatable wether it’s really pocketable, is your coat has big pockets or you’re wearing ‘cargo pants’ you can comfortably carry it around with you. With the 16mm lens attached it is about the same size as my TZ5 and fits into a shirt pocket.

Despite it’s size, the camera feels comfortable in hand with buttons sensibly arranged. Focusing with such a small body, is easy and combined with the articulated screen has encouraged me to be more ‘playful’ with angles. (I suspect if I already had an SLR with a ‘liveview’ system and articulated screen I would be attempting similar shots) 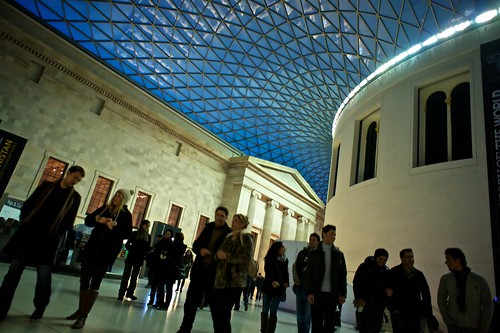 The Great Court at the British Museum

Loosing the ability to shoot through a view finder did feel wrong to start with. Altering the focal length and manually focusing felt odd, but within an hour or so of use, the oddness dissipated.

One of the most controversial aspects of the NEX5 is that Sony has taken the decision to distance the NEX5 from their SLR range by using a ‘consumer’ interface. The NEX does not feature a mode dial on the top of the camera. Instead altering shooting settings are changed through a visual interface. Clearly if you make such a bold move you have to streamline your interface while allowing ‘power users’ access to the settings we expect from our SLRs.

The interface allows you to call up a ‘mode dial’ that contains all the standard setting you would expect from an SLR such as Aperture Priority, Shutter Priority, Programme and Manual. It also offers scene modes and an intelligent auto. Like many new Sony Cameras it includes a panoramic sweep mode where you turn the camera around 180 degrees and the camera cleverly stiches together a number of photographs to generate a wide panoramic photograph.

As mentioned, the camera is designed for the consumer. In many modes, turning the rear dial causes the aperture to change but Sony present this to the photographer as a sliding ‘background defocus’ scale. The f numbers and shutter speed are displayed but you have to ignore the extra clutter Sony’s introduced into the interface.

The NEX5 is now on it’s third firmware revision as Sony have tried to improve the visual interface to answer some of the critics problems and have introduced the ability to use an adapter to that Sony’s Alpha mount lenses can be used with this camera. Does the interface work? Well yes and no. The lack of mode dial means that it takes seconds to change your shooting mode instead of it being almost instant using a physical dial and although Sony have introduced the ability to customise the camera’s buttons, you often have to jump through several menus to alter settings that are very easy to change on an SLR. I suspect a future NEX revision will re-introduce physical dials.

I think ultimately you get used to the interface and learn where options are. But I don’t think the interface speeds up shot selection and I’d take both my A700 (amazing usability) and TZ5’s interfaces over the NEX5. But I have got used to it.

I’ve now used the camera in a variety of settings. I’ve used the camera in several low light situations. The first outing was to King College Chapel in Cambridge. Handheld photography is allowed in the church but flash photography isn’t. This seemed the perfect opportunity to test out the camera’s ISO performance. I’d owned the camera literally a few hours before using it. So I hadn’t had time to play with the menus to discover what functionality was available. So many of the first batch of photographs were taken using the basic automatic settings of the camera.

Some of my photographs are displayed below. These handheld photographs clearly illustrate the excellent ISO performance of the camera. These photographs were taken around 4pm on a dark cold winter’s day so there was little available light. 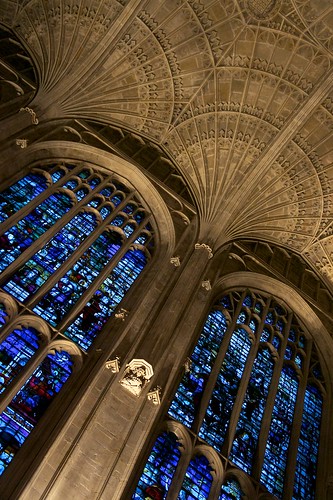 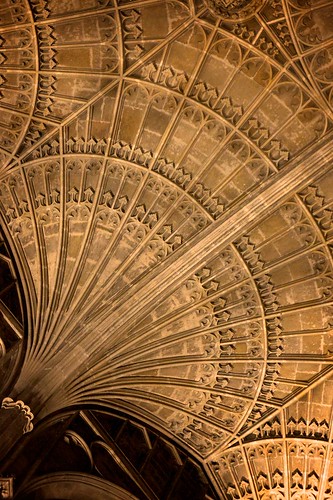 For a comparison with my A700, my next test was to photograph objects that I’ve photographed using my SLR. So a trip into London afforded me the chance to take the camera to the British Museum to see how well it performed in the Islamic Art and Chinese Ceramics galleries. Many of my lenses have been purchased from nearby camera shops. So I regularly test my new equipment in the museum. Both of these galleries are reasonably lit and contain objects with some really fine detail, perfect for testing.

Since I have a fast 1,4 and some 2.8 lenses, my A700 often uses 640 – 1200 to capture images without any shake. With the 18-55mm f3.5 – 5.5 lens, the NEX5 often had to use ISO1600 to capture sharp images but as the selection of photos below illustrates, again, the camera’s ISO performance is first rate. This combined with the ability to capture RAW files makes it relatively easy to remove the small amount of noise introduced at ISO1600. 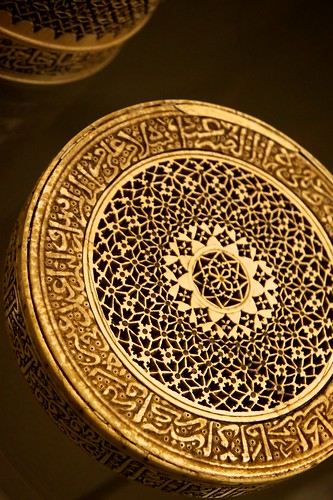 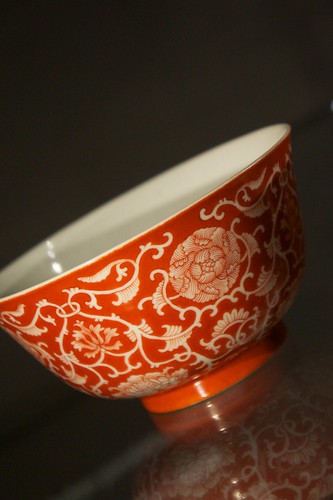 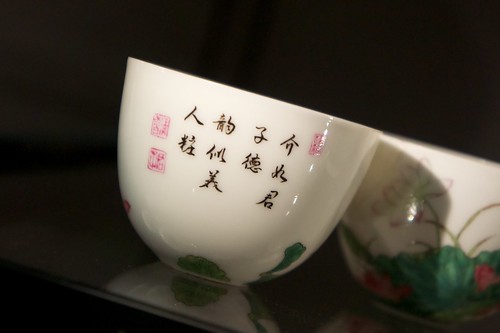 My final test was to ‘smuggle’ the camera into a Bombay Bicycle Club gig at the Troxy, London. This was one of those gigs where the back of the stage is well lit but the band perform in relative darkness as there is little ‘fill light’. Unlike most gigs, I wasn’t at the front and the lack of zoom was a big problem. However, the 14 megapixel sensor did captured enough information so that it was possible to crop images while still maintaining quality. It was also the first time I had tried to use the interface in a dark room (and after a few pints). With my TZ5, it is possible to change the settings ‘by feel’ before I’ve even switched on the camera. This is where the interface let me down. It was very cumbersome trying to find a good setting for capturing the gig. Although this will prove to initially be somewhat annoying, I know that once I’ve identified an appropriate set of settings to capture decent images then the camera will be set to these settings before the gig starts and this will no longer be a problem. 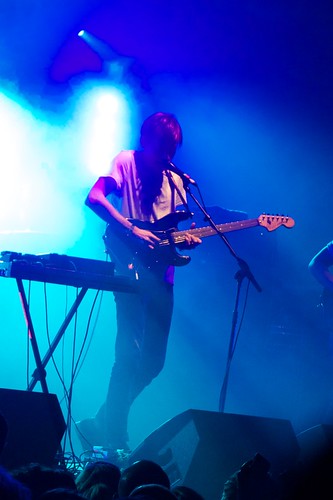 Although not the clearest photo in the world, compare it to a Vampire Weekend (below) gig taken a few days before using my TZ5 on a well lit stage it’s clear that the sharpness an image noise is much better controlled on the NEX5. 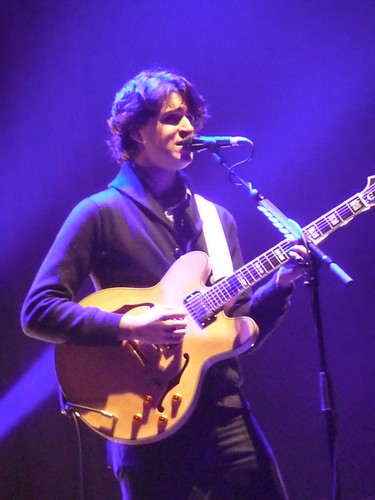 The camera uses Sony’s Memory Stick or SDHC cards, with each RAW image weighing in at around 14MBs. The camera can also capture 1080i HD video in AVCHD and anamorphic 1440 x 1080 MP4. I’ve not really had a chance to play with video. But Mac users need to be aware that the latest version of iMovie cannot edit the AVCHD files produced by this camera without first converting them to Apple’s Intermediate Codec which significantly increase storage requirements. The camera also offers a number of Dynamic Range and HDR settings (JPEG only).

I love my new camera! But it definitely has it’s foibles. The amazing ISO performance combined with an SLR-like use experience, in such a small package, means that I expect to drop the camera into my bag or (big) pocket every time I venture out. However, it’s a difficult product to recommend. Although the quality is nearly as good as my SLR, it doesn’t offer the same ‘connection’ to the act of taking the photograph I experience when using a view finder. It clearly isn’t pocketable in a ‘digital compact’ sense. So there will be times when it’s too big to take with me and I suspect I will continue to drag my TZ5. However, if you want a four-thirds or bridge camera it’s a product that will deliver the goods and I don’t think you can go far wrong selecting the NEX5.

Next article iPad six months on

dude those came out nice!