I’ve always thought San Francisco would be a cool place to visit and I had been told by several people how great the city is. So it seemed a good place to start the first leg of my holiday.

To save money, I chose to use a Super Shuttle to get from the airport to my hotel. I’d been warned about the Tenderloin district as a place to avoid. Unfortunately my shuttle driver had to make a stop near this district so one of my first experiences of San Francisco was seeing the hundreds of homeless, mentally ill and drug addicts who sleep rough in this district. I’ve never seen this level of deprivation in my life. It’s not something I expected to see in one of the richest cities in the world and I’m afraid it influenced my view of the city. How can a city as rich as San Francisco not help these people?

My hotel, the Argonaut, was situated in Fisherman’s Wharf. This is the area that overlooks the bay, Alcatraz and the Golden Gate bridge. It kind of has a tacky ‘seaside’ feel. With lots of concession stores selling tat at inflated prices. Fisherman’s wharf is probably best known for Pier 39, with it’s resident sea lions. It’s a quiet nice area to be based in. It’s well served by the tram and the cable cars, with one of the two main stations next to my hotel.

First stop was Alcatraz. I wasn’t sure what to think of the place before visiting. After all, it’s just a prison. But when you make the trip across to the island I did realize the significance of the place. The tour bus guide had told us that he would be leaving at 1.30 on the dot and it seemed that we’d have to catch an early return boat to make the rendezvous time. This basically left us enough time to follow the audio tour and catch the boat back. I would really have liked more time to walk around some of the places not covered by the tour and to take more photos. Annoyingly, the bus driver who picked us up for the afternoon tour told us that leaving time was 1.40, not 1.30 which would have allowed us all to have stayed another 40 minutes. 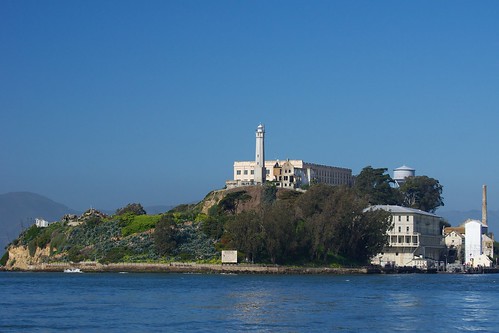 The afternoon was spent touring the major areas of San Francisco such as the Golden Gate Bridge, Chinatown, Golden Gate Park etc. It was informative and enjoyable and helped me plan the rest of the week. 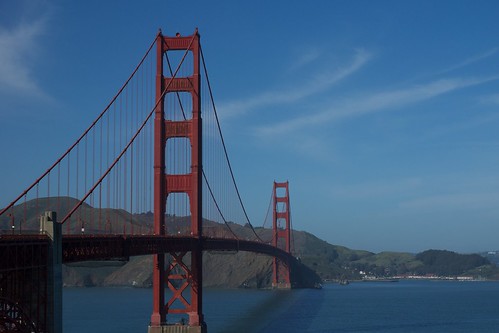 The rest of my time was spent visiting some of the local attractions and museums, such as the Aquarium on the Bay, the de Young museum and Coit Tower. 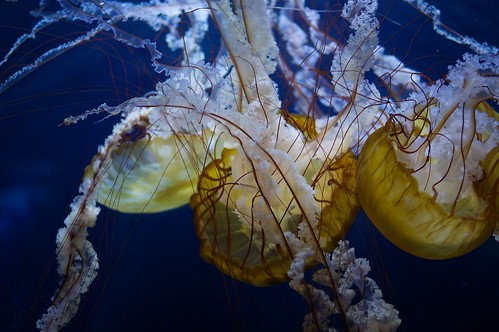 Jellyfish at the Aquarium on the Bay 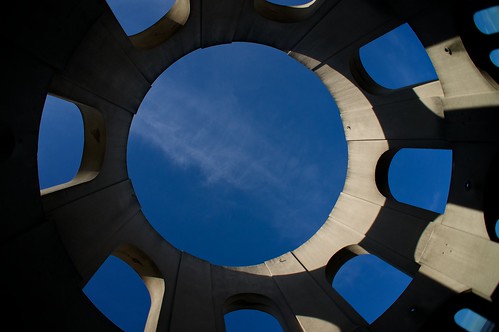 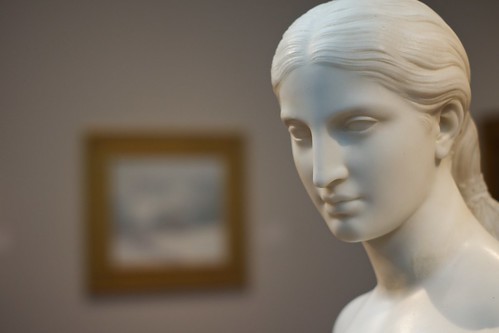 Sculpture at the de Young museum 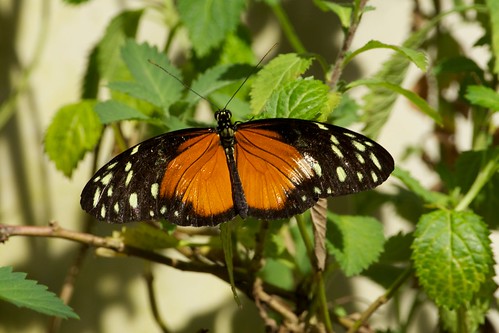 Rainforest enclosure at the California Academy of Sciences 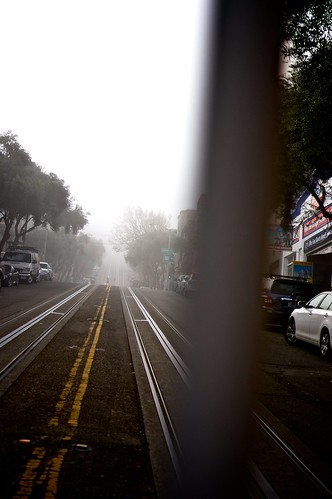 Our tour driver had suggested that we visit Chinatown at night to see the place lit up. But I’d definitely recommend you do not do this. Basically everything but the restaurants are closed and it’s very quiet.

I would have liked more time in San Francisco as I’d liked to have had time to go round more of the city’s museums. But I never got over the homeless problem. So it wouldn’t be a place I’d rush back to.