Vegas. Big, loud, tacky and slightly seedy. Not my scene. So why visit? My thinking was simple, on the doorstep is the Grand Canyon. A place I’ve wanted to visit for as long as I can remember. Vegas seemed liked a good hub to visit the amazing Canyon. 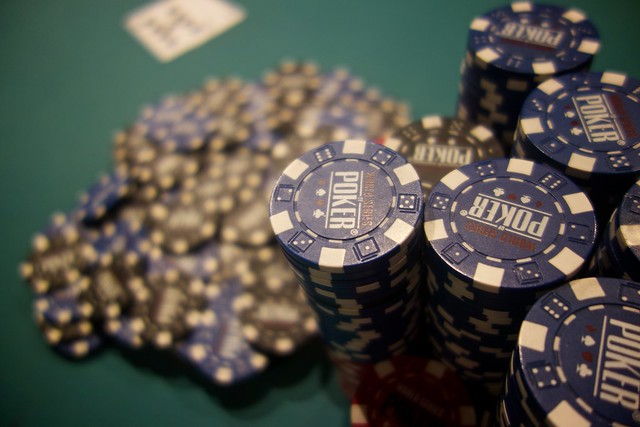 Travelling on my own, I was unsure how well Vegas would work. I like travelling to the US because you can sit at a bar and you usually end up striking a conversation with somebody. But Vegas? Who goes to Vegas to party on their own?

My hotel of choice was Harrah’s. This seemed nice and central and was very cheep. To be honest, it wasn’t a very good hotel. Rooms were tired, though clean. The hotel and casino stunk of tobacco. Unlike some of the bigger hotels on the strip, there was also little entertainment in the hotel, beyond the gambling. The service was also slow. This definitely isn’t a casino to bet slowly to get free drinks. But saying that, it is what it is, a cheap hotel right at the central of the strip.

The night I arrived in Vegas. I had booked a show called Absinthe. Absinthe is running at Caesars Place. It is basically a circus show but one that’s been updated for an adult audience. It puts you close to the action. The show’s comedy comes right out of the gutter. It’s extremely funny and it manages to offend everyone and yet no-one. A fine-line for comedy, but one it managed to walk. The various acrobats are some of the best you’re going to see, but it’s unlikely that you’ll ever see them in such a small venue. If I go to Vegas again, I’d have to go to see this show again. But a word of warning, the expensive seats are literally right in the action. If you sit in these seats, you will be part of the show. If you are easily offended, this is not the show for you.

Unusually for a Vegas show, they are happy for you to photograph and video the evening. Just no flashes. 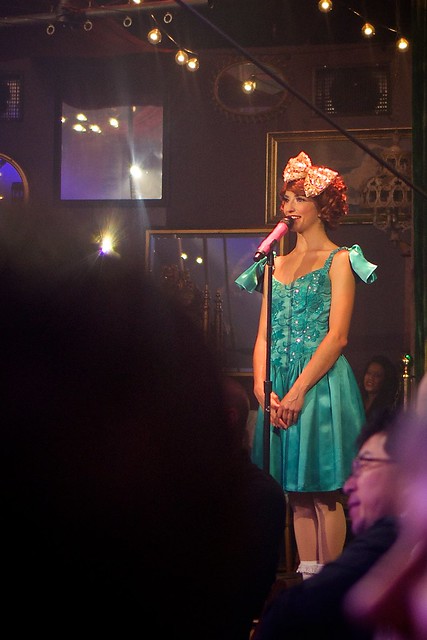 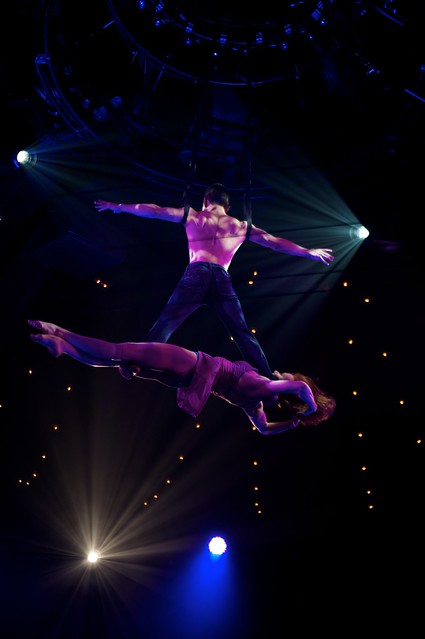 The reason for my mini tour of the US is that I’m 40 this year. I didn’t want to let the date go unmarked. So I’ve planned this tour and to some extent, unusually for me the cost of it has been of secondary importance. I normally, travel on the cheap. But for this trip, I’ve not let money get in the way. (So yes, I’m now skint). My whole reason to go to Vegas was to see the Grand Canyon and going with the ‘money not obstacle’ approach, there was only one way to see this amazing place – by helicopter.

The trip was organized with Sundance Helicopters. It started with me being picked up by limo from my hotel and driven the short distance to Sundance’s heliport.

I was assigned to a helicopter with five other people. Two English, and three Norwegian. Two of those travelling were celebrating birthdays so they got to sit in the front seat. Which was disappointing as I’d hoped to take photos and was constrained by space in the back. So if you’re booking this trip, tell the pilot it’s your birthday.

The flight out to the canyon lasts about 40 minutes. Our helicopter tour pilot was extremely professional, informative and polite and helped make the whole trip interesting. Once you reach the canyon, the helicopter descends to an outcrop where you have lunch and a chance to take photos.

Flying through the canyon is amazing but landing in the canyon is even more. I was gob smacked at how amazing the place is. I knew it was immense, but until I saw the canyon in person, I really couldn’t comprehend how immense it is.

The scientist in me, looked at the Canyon’s various exposed layers and could see the immense time it had taken to form the canyon. It’s the first tine I’ve seen ‘time’. But I was struck how somebody of strong faith (and stupid enough to be a creationist) would have had similar confirmation of the ‘majesty of God’.

The landing gave us about 30 minutes in the Canyon. Time for photographs and a spot of lunch. Everything that came with us returned with us on the helicopters. It’s worth keeping the environment as untouched as possible.

The return trip flies down the strip to give you a view of Las Vegas’s hotels and casinos so it might be worth doing this early in a visit to Vegas, if you’re unsure where things are located. 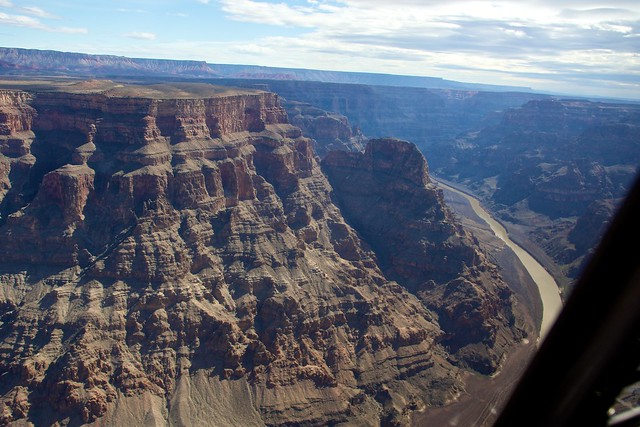 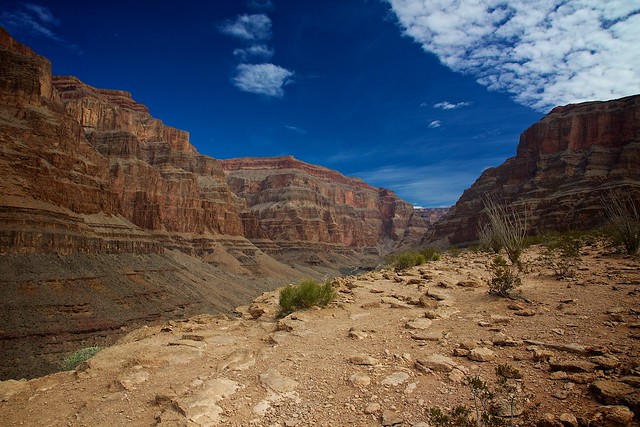 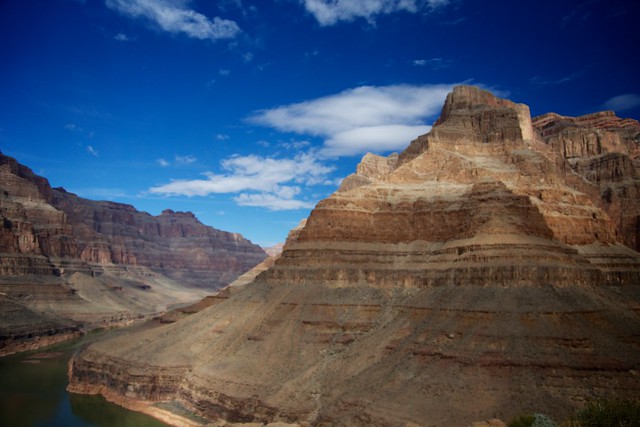 Penn and Teller at the Rio

The evening was spent at the Penn and Teller show at the Rio Casino. The casino is about a mile off the main strip. I’d walked there the previous evening to pick up my tickets and didn’t see a single person on the walk over. I think it’s a safe walk, but I noticed that there’s a shuttle from Harrah’s to the Rio. (Same group of hotels). Because of the shuttle I got to the Rio with some time to spare.

Walking around looking for something to eat. I stumbled across the ‘Return of the Rat Pack’ that was about to start and would finish before Penn and Teller. So I thought I’d give it a try.

I’m don’t really have much from the Rat Pack in my music collection other than a ‘Best of Frank Sinatra’. I remember being impressed with Sammy Davis Jr as a kid and of course I’ve seen quiet a few of the films featuring Dean Martin and Frank. So I’m probably not best placed to comment on the quality of impressions. But they seemed pretty good to me.

Each member of the pack is given a short period for ‘their own’ material. Then there were various duets along with songs featuring the whole pack. The whole show was light hearted and enjoyable. But I did notice that I appeared to be the youngest person in the audience. It definitely plays to a certain crowd. Maybe if it was on the main strip it might have a wider audience. But if you want to get some ‘old time Vegas’, it might be worth dropping in on this show.

After this finished, it was off to Penn and Teller’s theatre. This is an impressive space that’s just for Penn and Teller shows. Lovely comfortable seats with great leg room and clear views of the stage. As you enter the theatre, there’s music provided by a jazz musician accompanied by Penn himself.

There was also an envelope on stage that you could go up and sign. This envelope was going to be used in one of the tricks.

I’m not going to go into what tricks they did. If you’re going to this show, it’s probably best to go in without any expectations. But the show is a mix of new tricks and a selection of some of the best tricks from Penn and Teller’s career.

I knew little of Fire Valley. I just saw it listed as a tour that ran from Vegas. The tour was operated by the Pink Jeep company and yes, the tour van is bright pink.

Our tour guide, Bob. Was simply outstanding. Although the tour followed a fixed route, he’s happy for you to ask him to stop for photo ops.

Fire Valley is an amazing landscape. It’s like the landscape from a different planet. Which is why it’s often used for Sci-Fi programmes. The rocks are an amazing red colour that just seem so unreal.

Like the Grand Canyon trip. I was amazed by the landscape. This trip is a must. 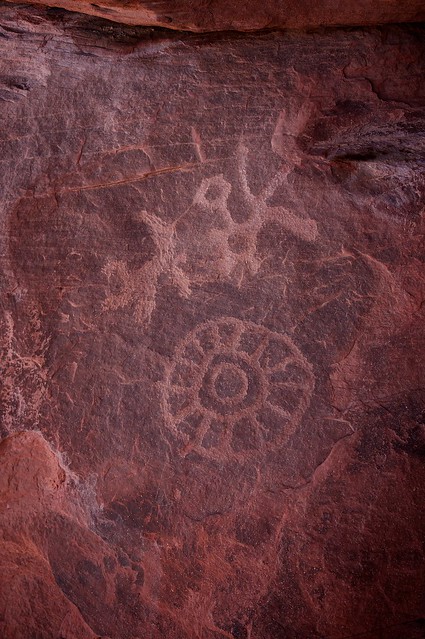 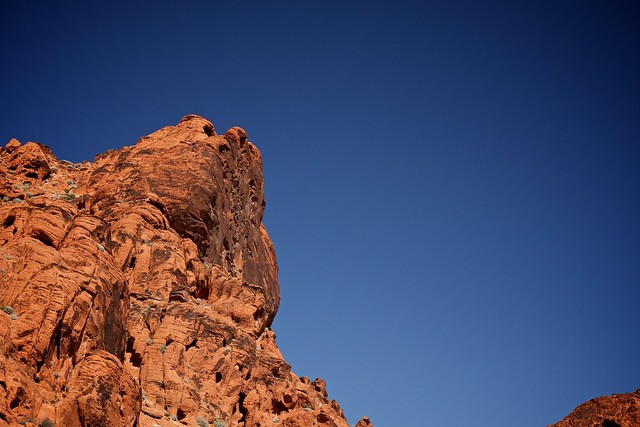 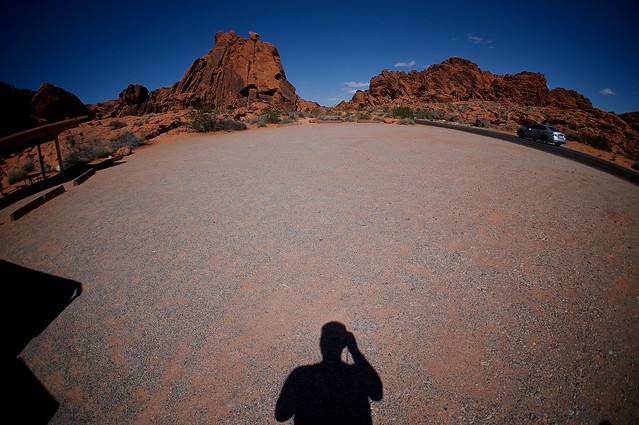 There’s a number of Cirque Du Soleil shows in Vegas. One of the newest shows is Love. ‘Love celebrates the musical legacy of The Beatles. Drawn from the poetry of the lyrics, LOVE explores the content of the songs in a series of scenes inhabited by real and imaginary people. The international cast of 60 channels a raw, youthful energy underscored by aerial performance, extreme sports and urban, freestyle dance’. That’s the marketing speak. The reality is that it’s a bunch of people dancing and jumping around in colourful clothes with a completely unintelligible storyline. Most people loved the show. It left me cold. The acrobatics and dancing was brilliant, don’t get me wrong. But the actual story seemed to be missing so it really didn’t hold my interest. 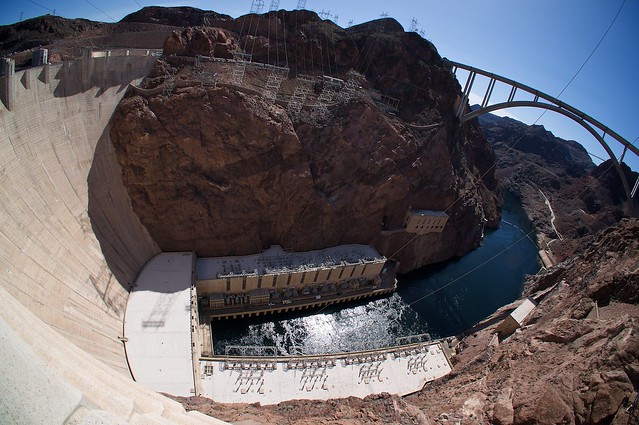 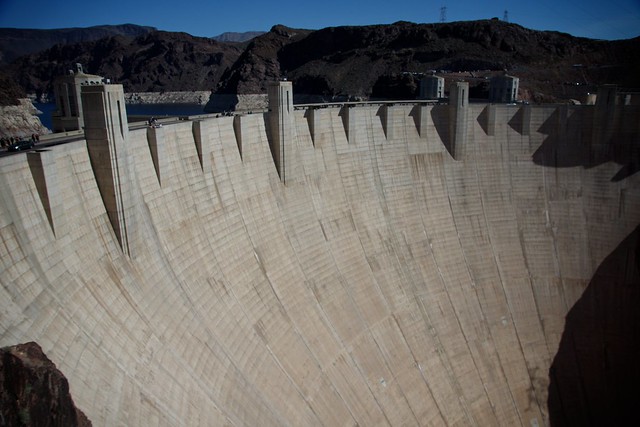 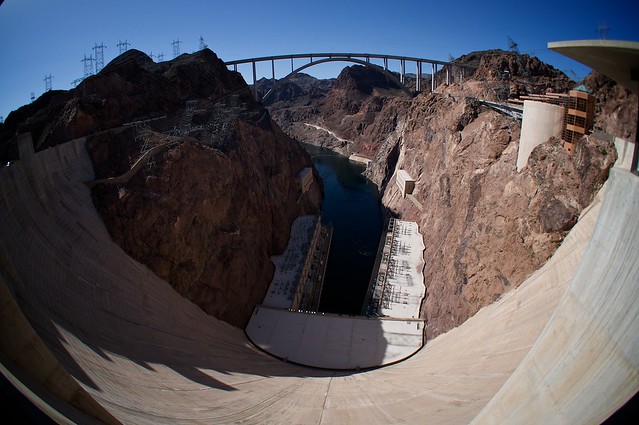 I’d hoped to get to the old part of Vegas. But with an early flight I decided to stick close to my hotel and try the hotel’s show ‘Million Dollar Quartet’. I went in cold. I really didn’t know what this was about. I knew it featured Elvis and I wanted to catch an ‘Elvis’ show while in Vegas. So I thought I’d give it a try.

The title of the show refers to the night when four stars of the 1950s crossed path at Sun Records studio. The play tells the story of how that evening Johnny Cash, Jerry Lee Lewis, Carl Parkins and Elvis Presley held an impromptu jam session. Around the basic premise, the show creates a fictional story that explores the events that were taking place in each of their lives. Such as the effect of Elvis’s recent move to a major label and Cash’s decision to switch from Sun. Each of the actors did a great job of playing these well know stars.

The show was thoroughly enjoyable. If you’re at a loose end (in Vegas?) then it’s definitely worth considering.