For a change of pace and to see more of the US, for the final leg of my travels around the US, I decided to catch the Amtrak from Austin to Chicago.

Train travel in the UK, despite being expensive and occasionally unreliable, is convenient and extensive. Most major towns have a railway station and you can simply walk up on the day and buy a ticket. Train travel doesn’t feel like a luxury and neither does it feel like you’re a second class citizen for not traveling by car or plane. That’s not the case in the US. Train travel is definitely has the air of being a second class form of transport. I find this especially odd as the railroad built the USA.

Arriving at Austin’s Amtrak station you could be confused into thinking that you were at the wrong place. A tiny little building next to a track opposite a dilapidated warehouse. The station has a tiny waiting room with one tiny ticket office. Not the kind of place I was expecting as the main station for a major US city. But then it only serves two trains each day, the Texas Eagle as it heads to Chicago and eastward towards Los Angeles, which was a bit of a shock to me living on a line into London with trains every ten minutes. I knew that the rail network was lightly used in the US but I thought it was more substancial than this. 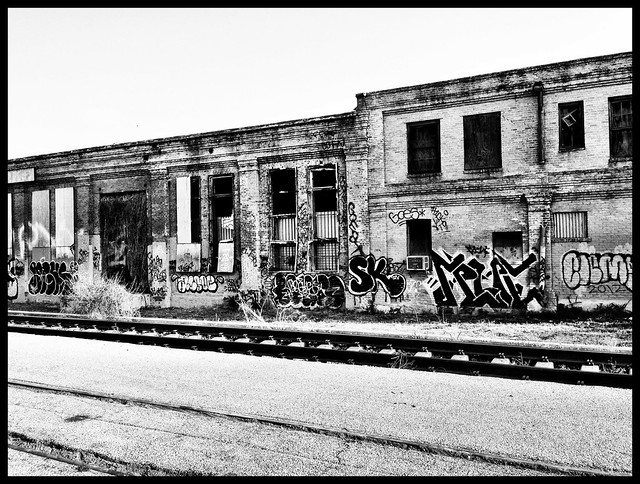 As the trip takes near enough 30 hours I’d selected a sleeper room. I knew it would be small and it was tiny, but smaller than I expected. For one person it was relatively comfortable. But for two people to occupy the room you would have to be confident that you would get on for 30 hours. I was also surprised by the lack of security. I was traveling with all quiet a bit of electronics equipments such as iPad, MacBook and cameras and expected the cabin to have a lock but surprisingly they only have a lock on the inside. So if you’re going to take the sleeper, be aware that you will have to leave your valuables unsecured when you go to the dining or observation cars.

By traveling by train I’d expected to see more of the US. But despite starting in Austin at 9.30am and the clock’s in the US already moved to summertime, by the time it got dark at 7.30pm, we were still in Texas. I knew Texas was big, but this drove home how big it really is. But it also drove home that I’d been carrying preconceived ideas about the state. I’d just assumed that it was all desert scrub but as you move north, the landscape changes to grasslands and then to forests, though it did seem flat. 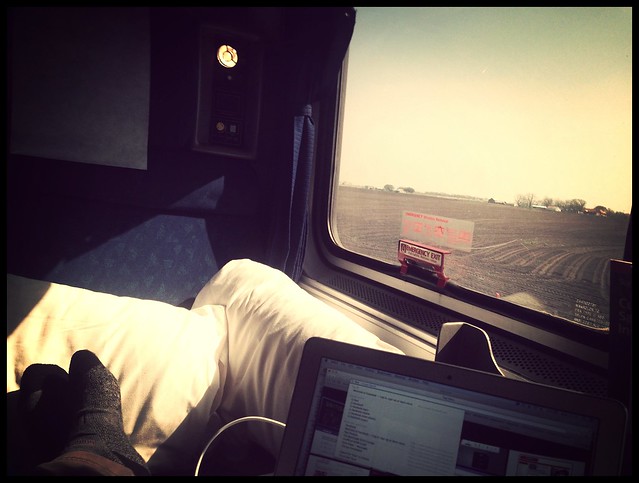 Part of my reason for traveling by train was also to give me a chance to meet some Americans outside. Most of the people I chatted to were nice. Unfortunately I met one of those Americans that Europeans think of as being a typical American. Insular, thinks Obama is the devil, doesn’t understand the difference between socialism and communism (apparently Obama is a commie), hates the idea of the poor getting hand-outs but doesn’t see a problem with the rich continuing to get richer, and to top it all, was pro gun, not handguns , but military grade stuff (to protect himself from the government). For all my trips in the US, I just can’t understand this type of American. Seemingly a normal middle class ‘Christian’, yet has missed the important bit about love your neighbour. The kind of person who doesn’t see the irony in advocating military intervention to protect the American people but doesn’t see how the President, by accepting the responsibility to protect and serve the American people, should be held by the vow to ensure that people are cared for.  I really do not understand the disconnect between protection through military strength and protection through health care, but then according to his definition, I’m a commie! I do love America, but suspect if I did live there this type of person would drive me out of my mind. Happy for a multi-trillion dollar war after nearly 3000 people died on 9/11 but doesn’t want to help the 45000 who die every year due to lack of health insurance. Unfortunately, it seemed that every time I ventured out of my cabin, he’d be in the cafe car, and being a polite Englishman (ok i’m stretching that definition), I couldn’t just ignore him, so I had to say hello. But this would give him an excuse to engage in conversation. So in the end I was happy to have a cabin to retire to.

The journey actually went quiet quickly. But the constant hooting of the train’s horn was annoying and it struck me how poor the rail infrastructure is. Few level crossings, hence the hooting, so many rusting bridges, lots of slow tracks, poor stations. For a country built on railways, it’s sadly let a important transport infrastructure rot away.

I’d been warned by everyone I spoke to on the train to be wary in Chicago. They all said they’d ran into trouble in Chicago. I was also tired after SXSW. So by the time I reached Chicago I didn’t really feel like doing much walking around. So I spent the two full days I had in Chicago visiting some of the museums along with the stunning  Cloud Gate 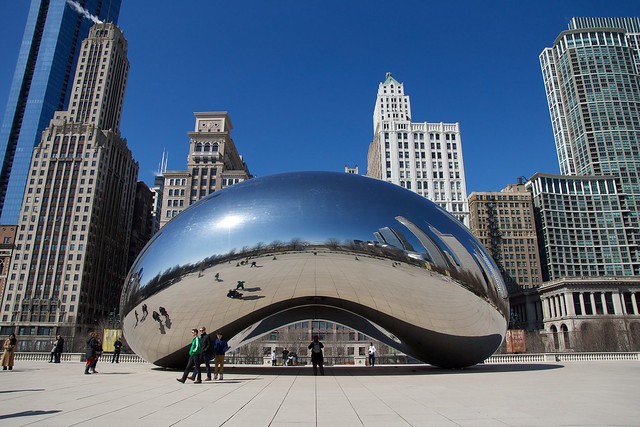 Chicago’s well stocked with tourist attractions and two days wasn’t near enough to get round everything. But I managed to get to the Shed Aquarium, the Planetarium and the Field museum. Shed Aquarium was much larger that San Francisco’s. But since it was half term, it was really busy. So it detracted from my experience. The Field Museum’s a pretty decent Natural History Museum. I’m not sure it’s up there with New York’s or London’s Natural History Museums. It has too many ’60s’ type displays – lots of dated models and large blocks of outdated text. But it’s still worth visiting.

Next article Feedly 'app' on OSX