Every year I go to a lot of gigs. Not only do I enjoy the music, I also enjoy photographing the performances. I’m not taking about ‘holding the camera above my head’ type photographs from the back, I’m usually down the front in small venues across London trying to take interesting photos (though not always successful).

As you might be aware, due to the low lighting at many venues, gig photography stretches your camera’s abilities. Flashes only have a limited range and if you’re close enough for it to be effective, then using it may annoy the band. So I’m always on the lookout for the best low-light camera I can afford. One essential for me is a good quality compact camera that can fit in a pocket for times when I can’t use a interchangeable lens camera.

My last camera review was of the excellent Olympus ZX1. A camera with a great lens and what at the time I thought was great low light performance.

About six month after buying the Olympus, Sony released the RX100. This small compact came with a f1.8-f4.9 Zeiss lens and a large (for a compact) 1″ sensor offering significantly better low light performance than the Olympus and in an even smaller body to boot.

Better performance in a smaller camera, what’s the catch. Well it turned out, the catch was the price. At nearly £500, it was the price of a decent mirrorless camera and significantly more expensive than its nearest rival. After much deliberations (ok, playing with the camera in my local camera shop!) I took the plunge. For the last 18 month I’ve been amazed by some of the results it’s achieved.

As you can see it’s been a well used little camera and survived being dropped on concrete on several occasions.

When the Mark 2 was announced, I passed on it. Though a great camera, it didn’t seem to tick any of my big wishes from a new model. Namely a faster lens when zoomed and an EVF to aid manual focusing. The RX100 answers my biggest wishes. So the purchase was a no-brainer.

The RX100m3 is a very similar camera to the original model. Offering an updated version of the 1″ censor. The latest generation of Sony’s camera processor (Bionze X). Similar interface with customisable buttons. But it now includes a new brighter lens, electronic viewfinder and the ability to run the same apps available for NEX and Alpha cameras. All in a body only slightly bigger than the previous model.

Starting with the lens. The new lens takes the already impressive lens from the mk1 and mk2 and somehow improves on it. The weakness for me of the previous lens was in low light where it was impossible to zoom the old lens because it quickly dropped from f1.8 to a slow f4.9 at the telephoto end. The new lens improves this so that it’s f2.8 at the telephoto end. However, this comes at the expense of a little reach. However, throughout the range you now have 1 extra stop off light and when this is combined with about 1/2 stop improvement in the sensor, the new camera is even more amazing in low light. Subjectively, I also think it’s slightly sharper than the previous lens. 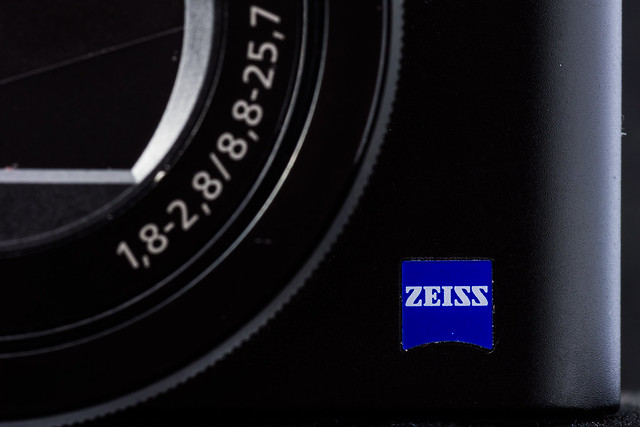 The other new addition is a pop up electronic viewfinder. Through an amazing piece of design, Sony somehow managed to squeeze a popup mechanism into the side of the camera. To use it, you simply click a switch and the viewfinder can then be extended out from the body. It works really well. Though I do have concerns as to how robust it will be in use, especially taking into account the battering my previous RX took. 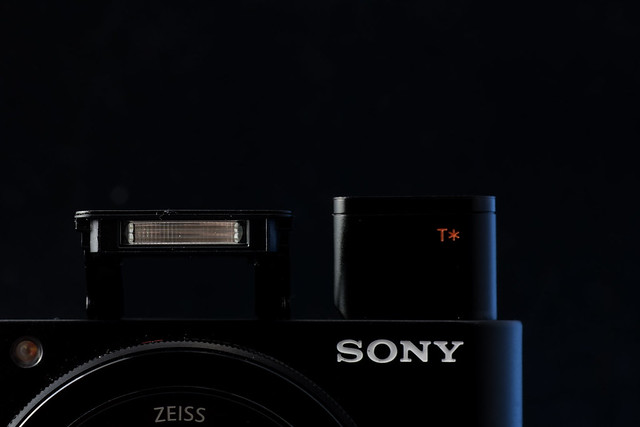 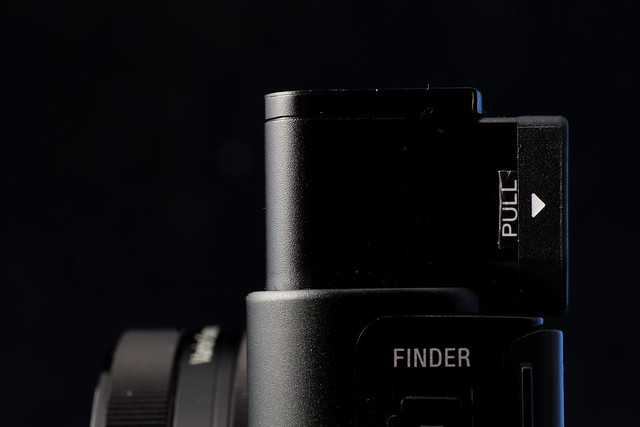 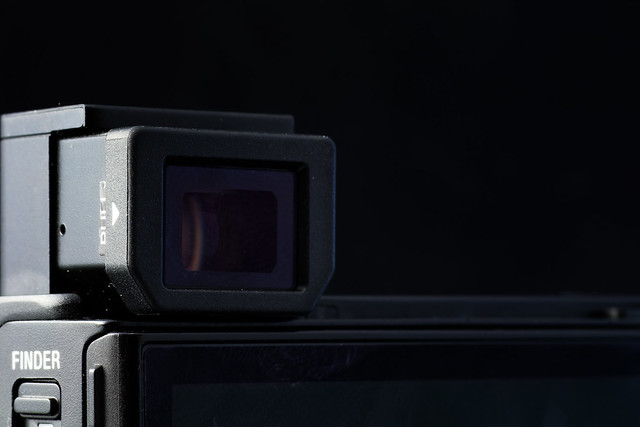 Although they’re not to everyone’s taste, as a Sony A77 and NEX user, I’ve been using an EVF for several years and frankly I now find the ‘low tech’ optical viewfinder antiquated. For me the advantages of the electronic viewfinder outweigh the negatives. The ability to see the photo before taking the picture is the biggest plus. I rarely ‘chimp’. 99% of the time the photo is exposed exactly how I wanted it. I simply take the shoot and move on to the next one.

They’re also quickly becoming the better alternative in low light as the viewfinder boosts ISO so that you’re able to see more information than your eye.

EVFs do have some disadvantages. The resolutions are still a long way from rivalling the sharpness of a optical viewfinder and in bright light it can often be difficult to see accurate colours without a good eye cup – and the RX100 doesn’t have one. But EVFs on Sony cameras have one extra really helpful ability, focus peaking.

Focus peaking is a manual focusing aid. When enabled it highlights high contrast areas the camera believes are in focus. On my Sony NEX cameras I’ve used the facility for some time as it allows me to manually focus lenses from other systems mounted via an adapter. It can also be a very useful tool when combined with burst mode to capture a sharp photograph of performers as the move around in low light conditions when an autofocus system without focus light might struggle to find focus (it’s good practice to switch off your focus assist light when taking lots of photos at gig)

Focus peaking never felt usable on my old camera. Holding the camera and using the rear screen always seemed awkward. Looking through the viewfinder is a much more natural way to manual focus. The camera is anchored by your nose and you can operate the focus ring much more easily. The focus ring is also one area to see an improvement. The camera is now several mm’s deeper. This has the disadvantage of making the camera larger. But the extra few mm’s make all the difference to the usability of the focus ring. 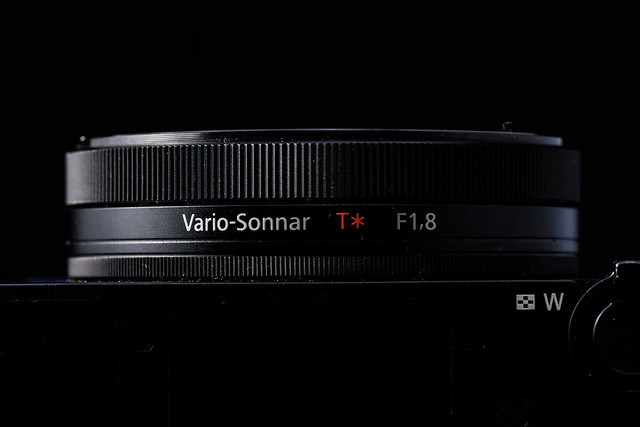 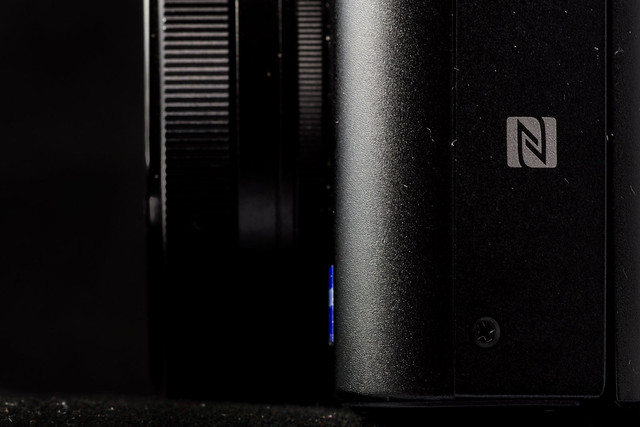 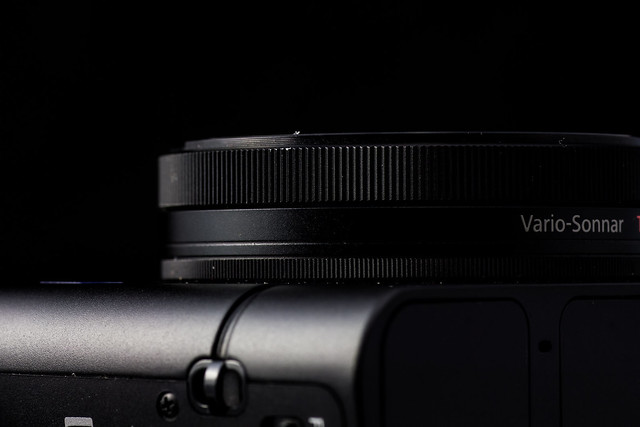 Talking about focusing, this is one area where I subjectively feel the camera is slightly worse. In low light I think the original RX did a slightly better job of autofocusing without the autofocus assist light. (I switch off the focus assist light because it’s annoying to see a red light lighting up a band every minute). But as you can see from the photos scattered through the review, I’ve managed to get photos in some challenging lighting conditions.

In terms of interface, the new RX includes the quick nav available on some of Sony’s other cameras. This is a customisable toolbar accessed through the FN button. This means that to can put the tools you use most often one button click away. You can also customise most of the buttons on the back of the camera. I have mine setup with most of the settings I change at gigs and rarely have to dig into menus. Personally having shoot with many different systems, I think they’re all as good/bad as each other it’s simply a case of learning the menus. But in the RX”s case, once configured you rarely need to delve into the settings again. According to most of the reviews the XZ1 has a great menu, yet I hated it. Far too many clicks and less customisation that the RX replacement. 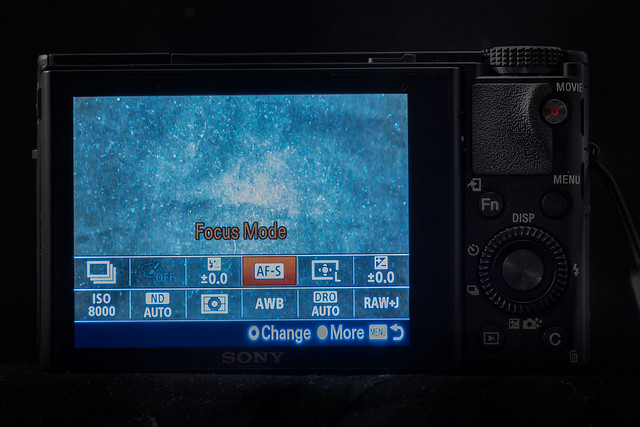 In fact as I’m writing this blog, I’ve just left a gig where I was regularly changing my main functions without looking because the camera’s setup the way I want it.

The latest camera improves on the MK2’s flippy screen by including a selfie move where the screen can be flipped 180 degrees. A nice addition, but one I’ll rarely use. 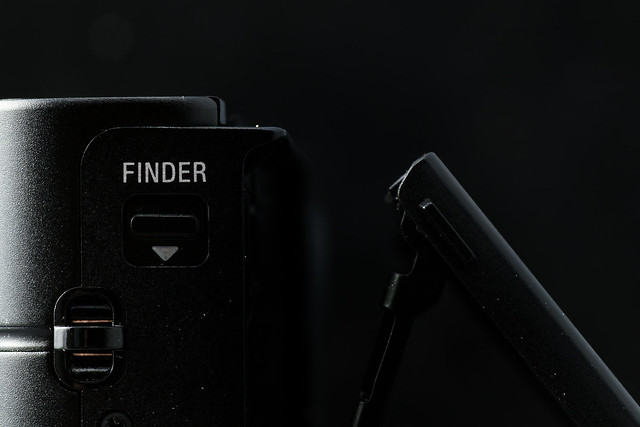 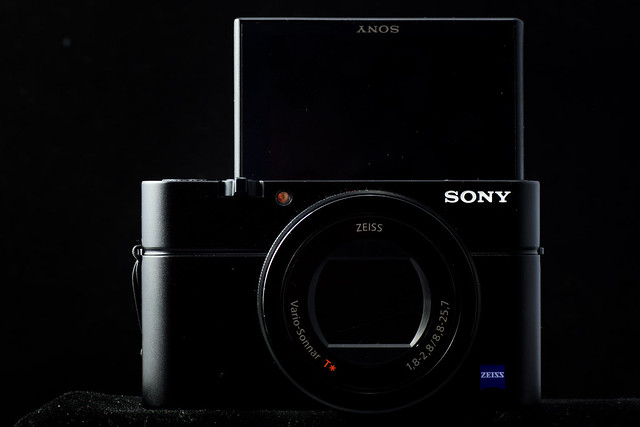 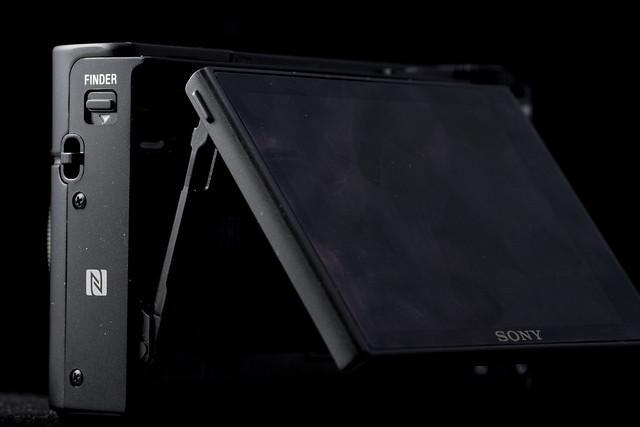 Another new feature for the RX100 range is in-camera apps. These are often paid for apps that extend the functionality. The first one to download is the remote control. This allows you to control many of the cameras function remotely from an iOS or Android device via Wi-Fi. You can also use the app to transfer photographs across to your phone, something I’ve been using on my NEX6 and A7 for sometime to quickly transfer photos for uploading to Facebook while travelling home from gigs on the train.

There’s quite a lot of apps available covering everything from apps to directly upload images to flicker to timelapse and astrophotography software. Many of the applications are not cheap and some you’ll probably only use once or twice. But it’s nice to have the options to expand the camera.

In terms of the sensor. There’s been some minor improvements. I would regularly upload ‘web’ size ISO 6400 images from the original camera and the new camera does a slightly better job at these higher ISOs. It also now offers ISO 12800. It’s definitely a ‘last resort’ setting. But I have already resorted to using the setting and getting a usable result. So it’s nice to have. If you’re an Mk1 user wondering if the improvement in ISO is enough to justify the purchase, then I’d have to say no. The improvements are minor.

In terms of video, I don’t use video much. The codec has apparently been improved. The only obvious improvement I’ve tested is there is now a microphone level setting. Useful for gigs.

I think you can probably tell, I’m pleased with my purchase. Should you buy one? If you’re a RX100 user, maybe. It depends if the new features are on your list of improvements you wanted to see. Anyone else, if you’re looking for a compact camera and have deep pockets then it’s definitely a very good purchase. 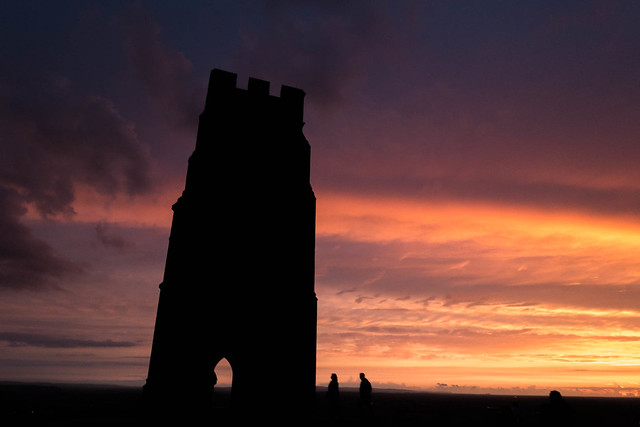 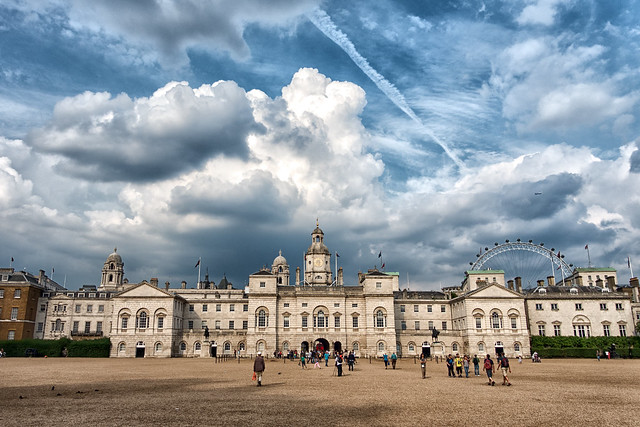 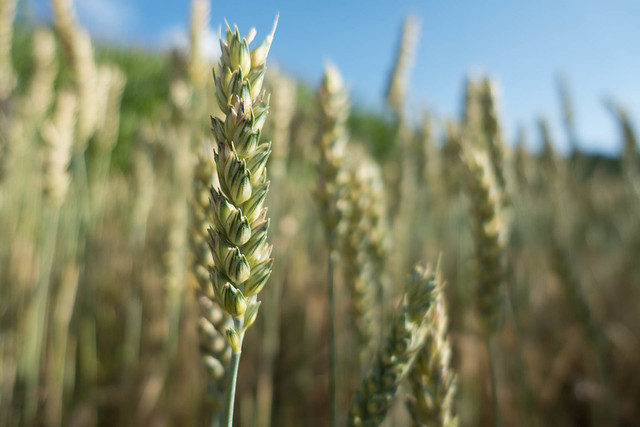 Wheat at the Eden Project 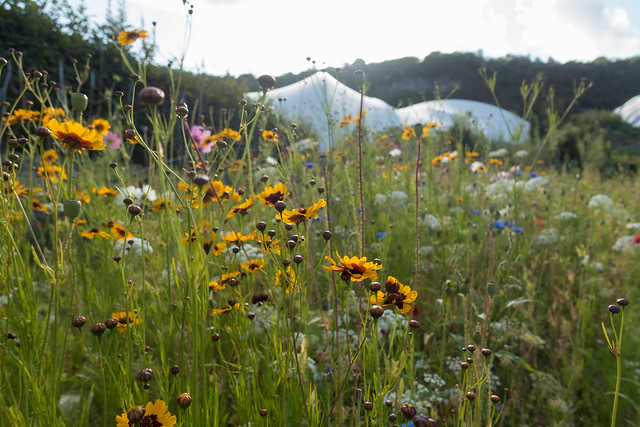 Meadow at the Eden Project 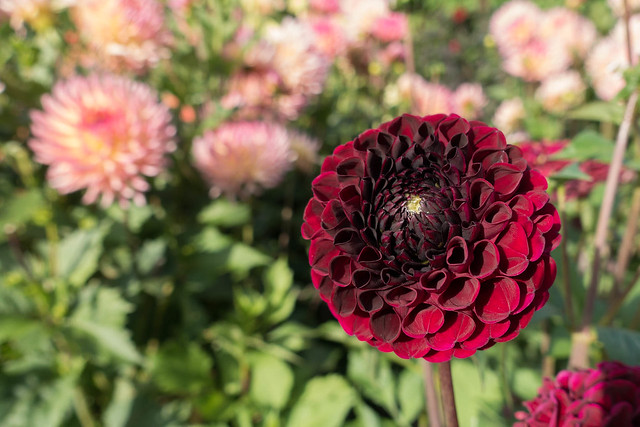 Some flower I don’t know the name of 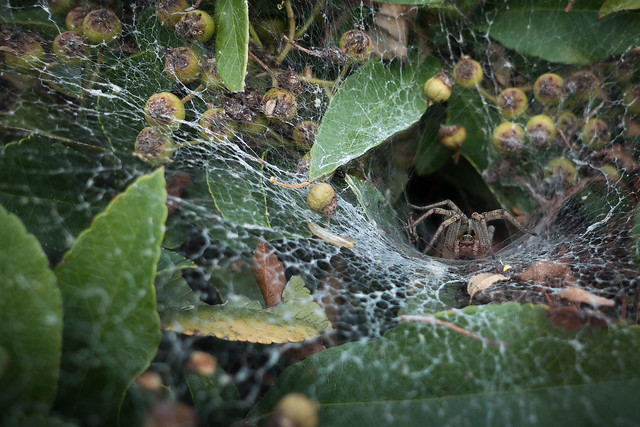 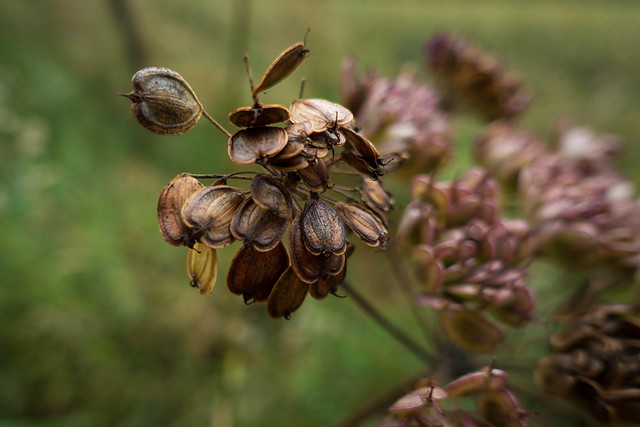 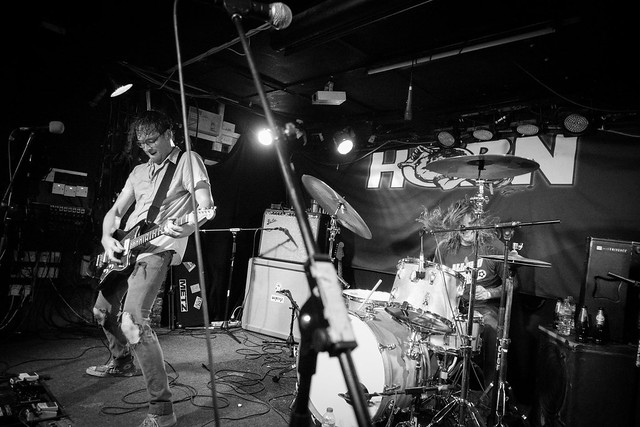 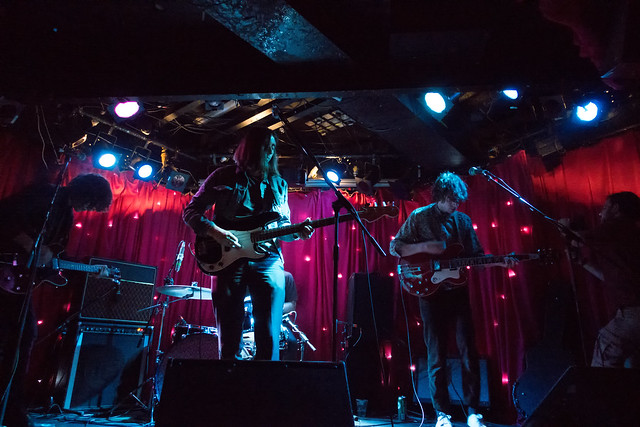 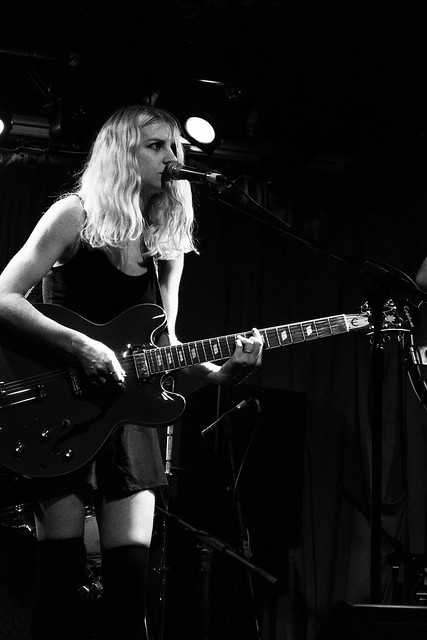 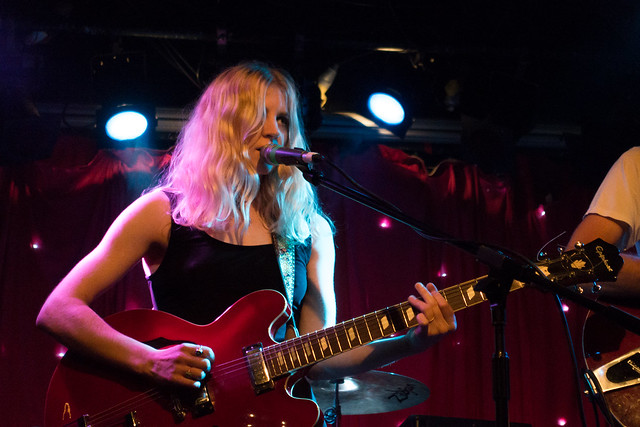 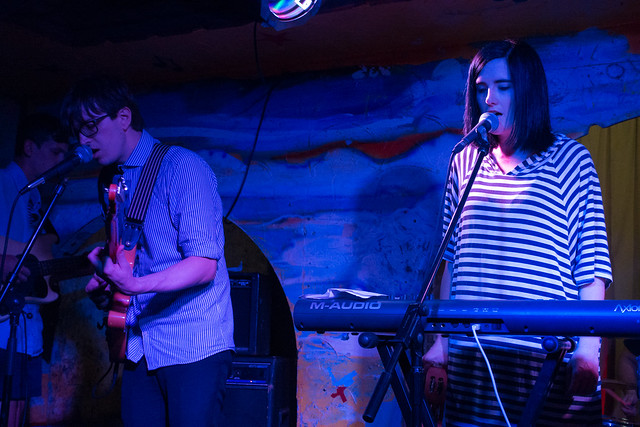 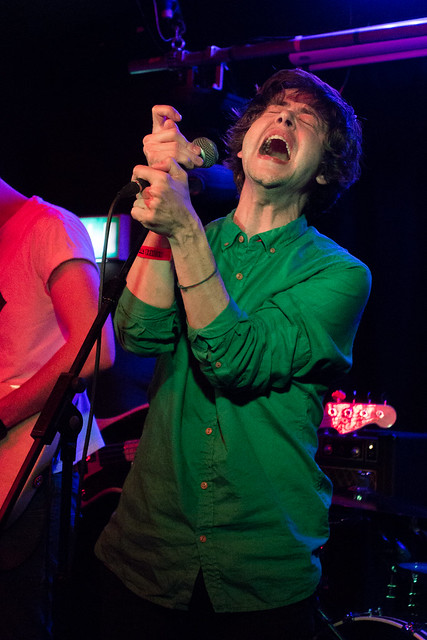 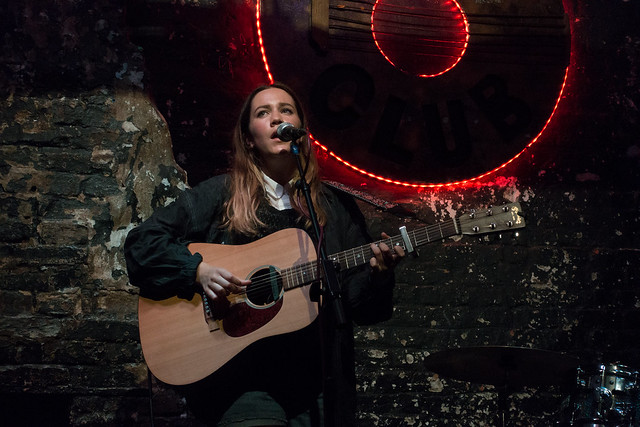 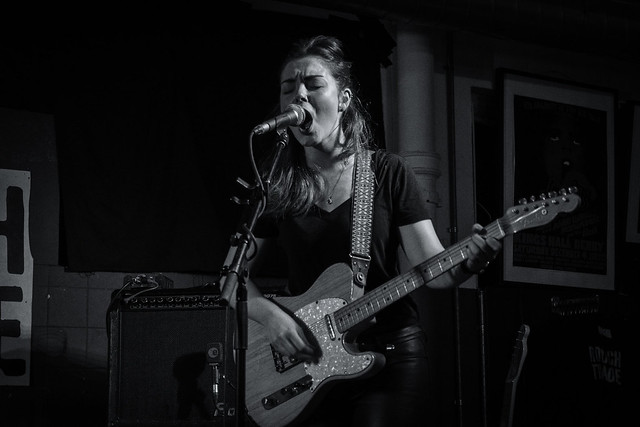 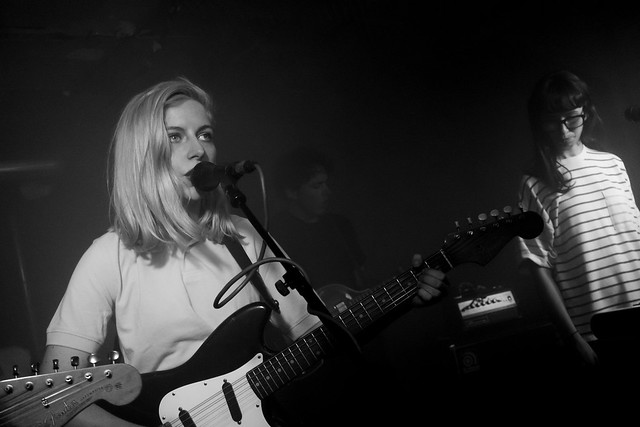 Previous articleDomino and the future